Alicia Keys and Mercedes-Benz have just launched the Key to Success campaign. It is a move that empowers women to make positive changes in social interaction. 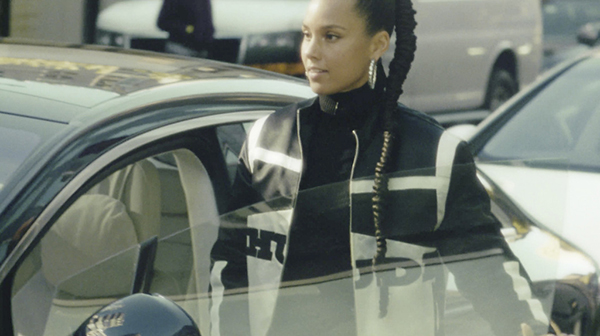 Alicia brings the organization she co-founded “She Is The Music” as a key player in the game. The campaign was set up during a songwriting camp, organized by the R&B artist herself. It took place at the legendary Jungle City Studios in New York.

“Mercedes-Benz stands for diversity, respect and equal opportunity. We have a committed artist at our side, who initiates to change together with us and promotes young artists. This is how we manage to operate beyond the music and automotive industries,” says Bettina Fetzer, Vice President of Communications & Marketing for Mercedes-Benz AG.

Alicia Keys still has to wait for her Mercedes-AMG ONE hypercar
Alicia Keys is one of the 275 future drivers of the first series-production hypercar from Mercedes. The Mercedes-AMG ONE though has been through ups and downs for the past five years. The moment the company presented the Project One concept, in September 2017, seemed to be the beginning of a massive torment.

The company’s CEO came up with a statement that made the brand’s enthusiasts raise an eyebrow. “We must have been drunk when we approved the Mercedes-AMG ONE,” Ola Kallenius said.

Drunk or sober, the board must now play along. 275 customers have already paid for the ONE. The hypercar should have been in their hands by now. But several issues regarding its F1-inspired sophisticated powertrain are giving the engineers quite a headache.

Meanwhile, 41-year-old Alicia Keys and others who ordered the ONE can find consolation in the Mercedes-AMG GT Black Series P One Edition. It came as a special offer for an extra cost of €50,000 and with an F1-inspired livery in grey, black and Petronas turquoise.