Sound on! I have taken a new spy video of the next generation Mercedes-AMG GT during some tests in the Alps. Unfortunately the weather wasn’t that good, but this didn’t stop them testing in front of my camera.

The new 2023 Mercedes-AMG GT Coupe captured in this spy video sounds like it is powered by Mercedes-AMG’s familiar twin-turbo 4.0-liter V8 engine. We also expect a possible inline-4 powered Mercedes-AMG GT43 and a top-tier hybrid model that will follow the GT 63 S E Performance 4-door coupe. In the GT 63 S E Performance 4 this hybrid setup is good for 831 horsepower (620 kilowatts) and 1,400 Newton-meters (1,033 pound-feet) of torque. 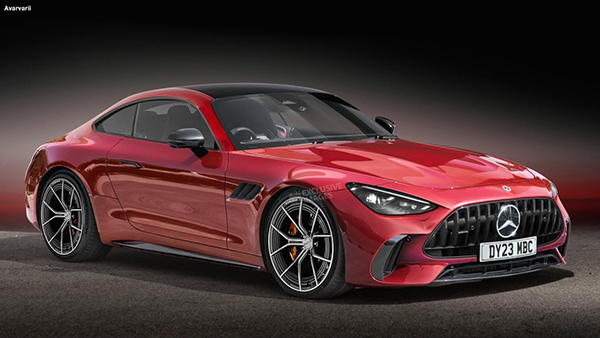 The first-generation Mercedes-AMG GT Coupe was powered by a twin-turbo 4.0-liter V8 engine that produced more power with every generation as Mercedes-AMG developed their first bespoke sports car.

The final Mercedes-AMG GT Coupe Black Series ended production with a flat-plane crank 4.0-liter twin-turbo V8 that produced 720 horsepower (537 Kilowatts) and 590 lb-ft (800 Newton Meters) of torque. In addition to this powerful engine, the Mercedes-AMG GT Coupe Black Series featured a host of unique fixed and active aero features that allowed it to set a production car lap record on the Nürburgring with a time of six minutes and 43 seconds.

The new Mercedes-AMG GT Coupe has big shoes to fill, but based on recent spy videos, it looks like we won’t be disappointed. The retention of the V8 alongside a possible hybrid will only improve the performance of this exciting sportscar.