Mercedes-Benz wanted to honor a 14-year partnership with Roger Federer following his September 15 retirement announcement. For that, it built a one-off neon-yellow Mercedes-AMG GT 63 S E PERFORMANCE, which is now offered with no reserve at a charitable auction. 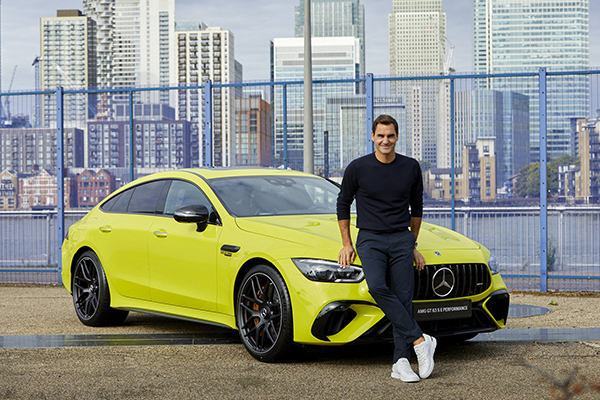 A month ago, Mercedes-Benz announced a special edition of the Mercedes-AMG GT 63 S E PERFORMANCE dedicated to the long-time partnership with the tennis legend Roger Federer. The Swiss was a long-time Mercedes-Benz ambassador, not to mention being an avid Mercedes-Benz collector. In fact, considering his love for the Three-Pointed Star cars, we wouldn’t be surprised to see this neon-yellow GT land in his garage. 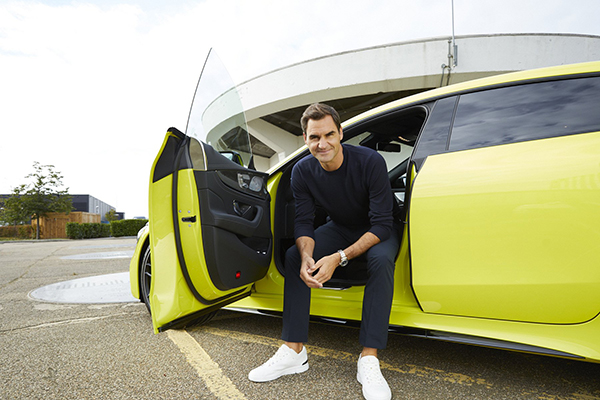 Painted in the unique Electric Beam neon-yellow as an homage to Federer’s sport, the car carries Federer’s personal signet. It’s a striking example of a truly amazing sportscar, which is also the first plug-in hybrid to wear an AMG badge.

The Mercedes-AMG GT 63 S E PERFORMANCE is the most powerful series-production model of the brand to date, thanks to its powerful 4.0-liter V8 engine (639 horsepower) working in tandem with a 150-kW electric motor. The combined power is a breathtaking 843 horsepower which can propel the four-door coupe from zero to 100 kph (62 mph) in 2.9 seconds. 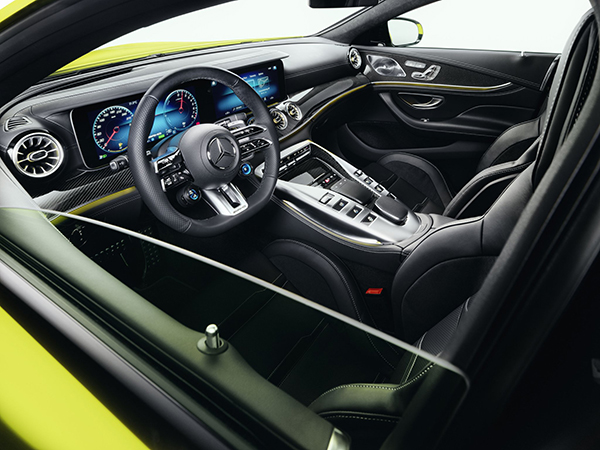 Priced at €200,000 ($200,130 at current exchange rates) when new, the Mercedes-AMG GT 63 S E PERFORMANCE is expected to fetch much more than that at auction, thanks to its unique characteristics and the hype associated with Roger Federer. The supercar is offered with no reserve, although we don’t expect to be short on bidders.

One unique characteristic of this neon-yellow Mercedes-AMG GT 63 S E PERFORMANCE is that it was never registered for the road. The successful bidder of this lot will be the first owner of the car while also buying a piece of tennis history. The special supercar will go under the hammer at RM Sotheby’s in Munich on November 26, and all the proceeds from the sale will benefit a charitable public tennis project in London.