If you’ve been fortunate enough to drive a Mercedes-AMG GT 63 S, you will undoubtedly have come away from the experience a little bit shocked. Despite the portly curb weight, the 630-horsepower missile is rather talented at reeling in the horizon without breaking a sweat. 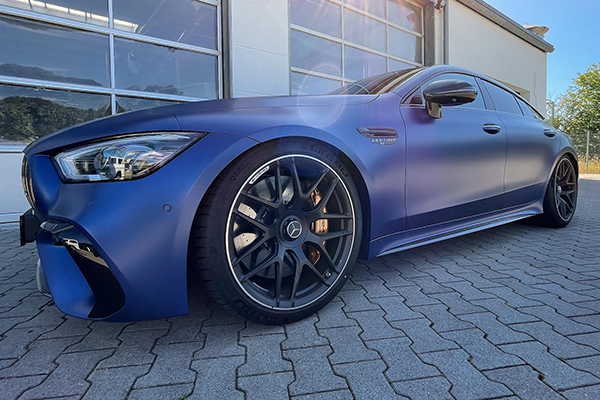 But if the neck-snapping 0 to 60 time of 3.1 seconds fails to excite, you could always wait for Affalterbach’s first-ever electrified model to hit local roads. The GT 63 S E Performance adds an electric motor into the mix, for a combined output of 831 hp. That should be more than enough for anyone, right?

Well, Germany’s Opus seems to disagree. Somehow, the zany tuning company has managed to improve the performance of this boulevard bruiser. With some tinkering, the 4.0-liter V8 now produces 737 hp. Together with the 201 horses afforded by the electric motor, the combined outputs now sit at a startling 938 horsepower. 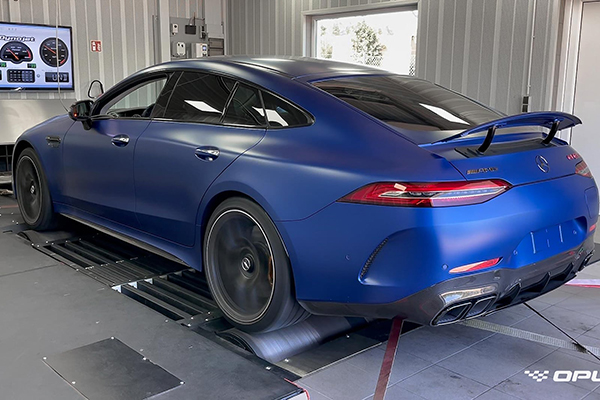 More importantly, torque has been increased to a tire-torturing 1,143 lb-ft. This translates into some fairly incredible performance. Opus claims the enhanced AMG can now reach 62 mph in a mere 2.7 seconds and hit 124 mph in 8.55 seconds – about a full second quicker than the vehicle on which it’s based.

Based on the video seen above, we’ve got no reason to doubt them. A quick speed run on the autobahn demonstrates the enhanced AMG’s mile-munching capabilities; the Opus-tuned GT blasts from 55 mph to 124 mph in around seven seconds and continues to accelerate strongly, all the way up to 199 mph before the driver throws in the towel. 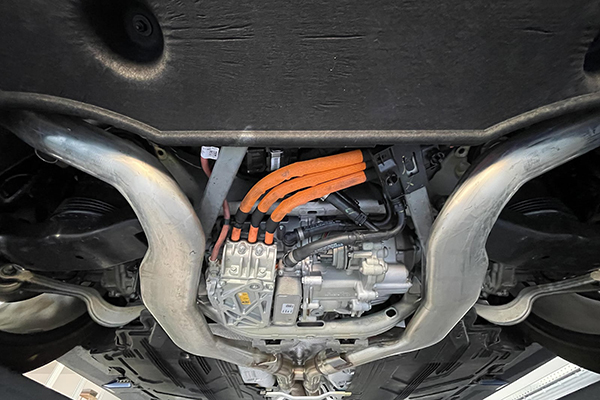 Pending government approval, this Stage 1 upgrade will be made available to power-crazed customers. They’re likely to return, though, as Opus has intentions of surpassing the 1,000 (metric) horsepower mark, but notes the hybridized Benz is particularly challenging to modify. “The vehicle is no longer as easy to tune as its non-hybridized brothers,” admits the tuner.

In the meantime, GT 63 S E Performance owners can purchase an OBD lowering module that allows them to lower the vehicle by 0.7 inches while driving or 1.5 inches when it’s on display or parked. There’s also an exhaust flap control system on offer, with a special exhaust system on the way. Opus notes this will give the hybrid model the same rumble as its ICE-powered siblings.

The Nurburgring-based Mercedes specialists have offered high-powered AMGs for quite some time. In February, the tuner unveiled a package for the AMG GT R and GT R Pro sports cars. Thanks to 900 hp and a bevy of aerodynamic and suspension-related enhancements, the V8-powered track weapon can lap the Green Hell ten seconds quicker than the stock GT R Pro. We can’t wait to see what they come up with next.