The Goodwood Festival of Speed played host to the 55 years of AMG celebration showcasing the cars of the high-performance brand from the past and into the future. In addition to the classic vehicles of the three-pointed star marque, the event was also graced by the Mercedes-AMG One, Mercedes-Benz Vision EQXX, and the Mercedes-AMG GT 63 S E Performance. 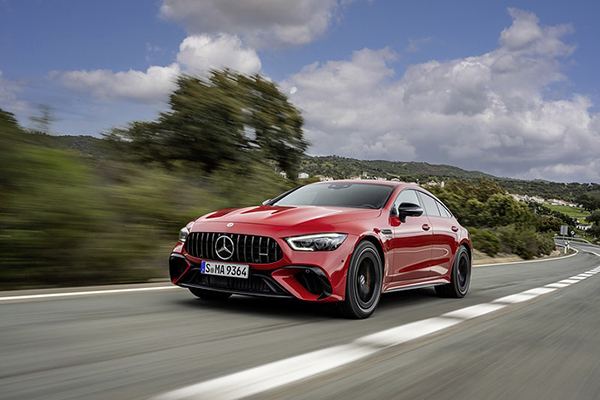 After years of delay, the production version of the AMG One was finally greenlit for delivery to buyers who pre-ordered it. The Goodwood Festival of Speed became the stage for its public debut where it demonstrated its power in the iconic Goodwood hill climb.

As a recap, the hypercar produces a combined output of 1,063 hp from its 1.6-liter V6 hybrid turbocharged engine composed of an ICE and four electric motors. The technology used in the product was sourced from the winning Formula One race cars of Mercedes. It also utilizes the latest leaps in aerodynamics and carbon-fiber chassis technologies to make it as agile as possible.

After making a journey from Stuttgart in Germany to Silverstone in the UK on a single charge, the Mercedes EQXX proved that it is capable of delivering 747 miles from full charge translating to an energy consumption of 8.7 kWh/62 miles. The car participated in the Goodwood hill climb as well.

The AMG GT 63 S E is equipped with an “always on” hybrid power coming from its V8 powertrain generating 843 hp and 1,033 lb-ft of torque. The car provides a sneak peek of what Mercedes has in store for its AMG cars in the future. The car is a culmination of Mercedes’ years of experience in GT3 and GT4.