In our latest episode of “Feel Electric”, we slide into the passenger seat of the Mercedes-AMG GT 63 S E PERFORMANCE. And feel the pure e-power alongside Mercedes-AMG GT3 driver Maro Engel.

Maro Engel is going electric on the racetrack with the Mercedes-AMG GT 63 S E Performance. The Mercedes-AMG YouTube channel posted the “Feel Electric” video. The one-minute-and-40-second video is a demonstration of the prowess of the model that the sports carmaker launched last year. The first performance hybrid came with the company’s famous 4.0-liter biturbo V8 and a permanently excited synchronous electric motor that found its place on the rear axle. The two of them drop 843 ps to the tarmac, together with 1,470 Nm of torque. 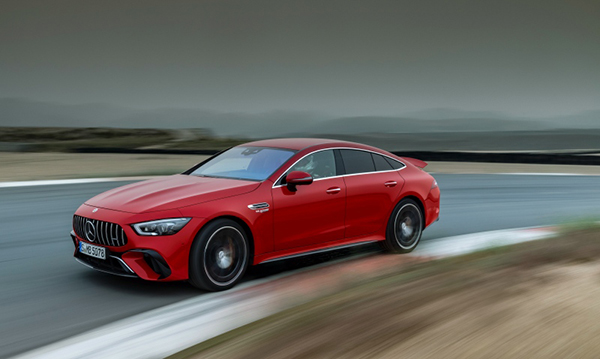 Racing driver Maro Engel has been a Mercedes-AMG factory driver for a long time. Besides, he’s an FIA GT World Cup Champion, a DTM race winner and a Nurburgring 24 Hour winner, currently racing in Formula E and in the Mercedes-AMG GT3 championship. So he might know a thing or two about driving a performance car on the track. Still, “wow” is one of the first sounds that he makes after he puts his foot on the accelerator. He mentions the “instant acceleration, largely coming from the e-motor.”

With Formula 1-battery inspired tech, the car also benefits from the presence of a Drift mode. Very little traction and cornering, that’s all you need for a bit of fun. Maro Engel can’t hide that he’s thoroughly impressed with the car.

Mercedes will soon launch the SL S E Performance with similar output. Before that happens, the GT 63 S E Performance remains the most powerful series production model Mercedes ever built. Only the much-awaited and endlessly-delayed Mercedes-AMG ONE hypercar slots above it. April is the first month of deliveries for the 63 S E Performance.