Roger Federer is undeniably one of the greatest players to ever step on a tennis court. Throughout his career, he’s been closely associated with the world’s most prestigious brands, including Mercedes-Benz. Their partnership has been going strong for 14 years.

On September 15th, Federer announced his retirement via Twitter. His final ATP appearance will be this year’s Laver Cup in London, which is currently in its fifth edition and takes place this weekend, September 23rd to 25th.

He will still play tennis after that, but not at a pro level. That said, his legacy will live on, and part of it will be his new Mercedes collaboration, which will include several sub-projects under the title “Neon Legacy.” 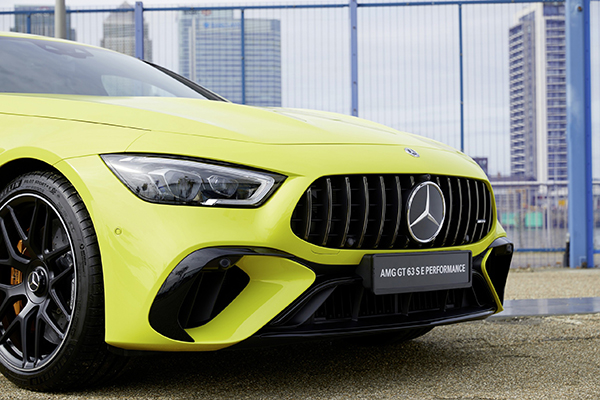 And what better occasion to show off the first result of that collaboration than Federer’s last official tournament? Probably none. Therefore, Mercedes will honor the tennis legend by displaying the one-off neon-yellow Mercedes-AMG GT 63 S E PERFORMANCE throughout the tournament.

The exclusive neon-yellow color “pays homage to the yellow felt of tennis balls,” according to Mercedes. The car will also feature Roger Federer’s personal signet and will be sold at auction at the end of the year, with the proceeds to be invested in a charitable tennis project in 2023. 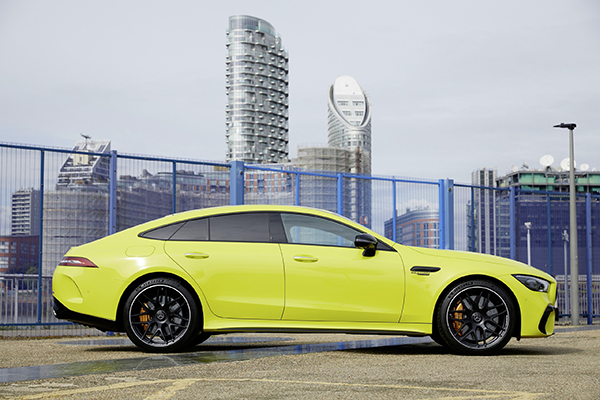 Since the first edition of the Laver Cup, Mercedes-Benz has provided the fleet of vehicles for the tournament’s players, officials, and guests. This year is no exception, with two EQS vehicles providing transportation for the players – a blue one for “Team Europe” and a red one for “Team World.”

“This is a bittersweet decision, because I will miss everything the tour has given me. But at the same time, there is so much to celebrate. I consider myself one of the most fortunate people on Earth,” the tennis legend said.

If you’re one of the many fans across the world who will miss him, you can watch him play one last time this weekend, alongside other giants of the sport, such as Rafael Nadal, Novak Djokovic, and Andy Murray.