Mercedes-AMG has revealed this new AMG GT 4-Door 63 S E-Performance, its first plug-in hybrid, which is aimed directly at the mega-powerful Porsche Panamera Turbo S E-Hybrid. It’s the most potent production car that Mercedes has ever made, and yet it can run on electric power alone. 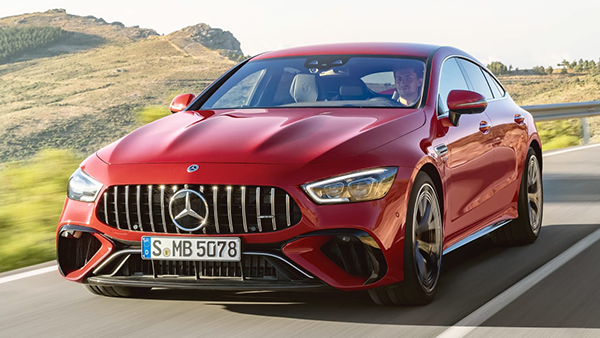 At the heart of the new AMG GT variant is the turbocharged 4.0-litre V8 engine that is used across many of AMG’s products. The nine-speed automatic gearbox and 4MATIC+ all-wheel-drive system of the AMG GT 4-Door 63 S are also carried over.

They are now joined by a battery and electric motor, which power the rear axle through their own two-speed transmission, and is integrated with an electronically controlled limited-slip differential. Nominally, the set-up produces 94bhp, but it can generate up to 201bhp and 320Nm for bursts of up to 10 seconds. The system can also send its torque forward to the front wheels if slip is detected at the rear. 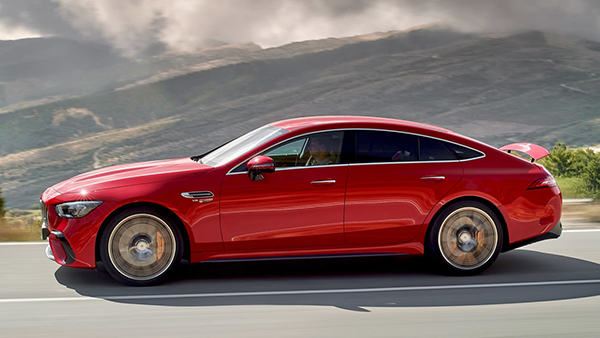 The end result is a total power output of 831bhp and 1,400Nm of torque, well clear of the all-electric, 740bhp SLS AMG Electric Drive that was previously the brand’s most powerful road car. It also generates 141bhp more than its Porsche rival.

In raw performance terms, it means 0-62mph in 2.9 seconds and a top speed of 196mph. And it does this with an official average economy figure of 32.8mpg and 196g/km of CO2 emissions. 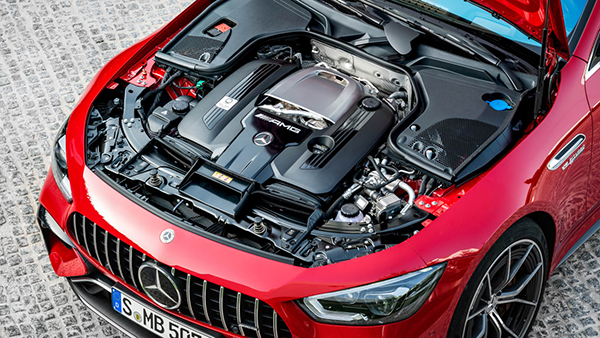 The AMG GT 4-Door is capable of travelling at up to 87mph on electric power alone, but not for a great distance. The 6.1kWh battery will power the electric motor for only 12km (7.5 miles) before it’s depleted. The advantage of this smaller cell is that it weighs just 89kg, and therefore improves the car’s weight distribution. Indeed, Mercedes-AMG freely admits that the battery is designed for fast power delivery rather than extended range.

The Electric drive mode is new, alongside the usual Comfort, Sport, Sport+, Race, Slippery and Individual configurations. Four brake-regeneration settings are available, from no braking to one-pedal driving. 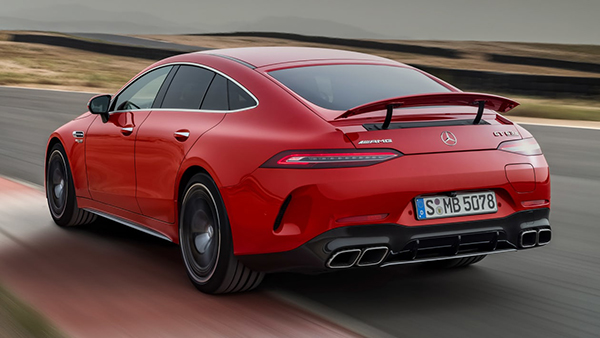 AMG Ride Control+ adaptive air suspension is standard, arriving on the back of a series of updates applied to the regular AMG GT 4-Door range earlier this year. High-performance AMG carbon-ceramic brakes are fitted for maximum stopping power.

Despite the power, the AMG GT 4-Door 63 S E-Performance looks little different from the rest of the line-up. The only giveaways are the arrival of a charging port on the rear bumper, unique ‘externally fluted’ exhausts and a red tint to the GT 63 S badge at the back, although E-Performance badging on the sides of the car reveals that it’s the hybrid version. 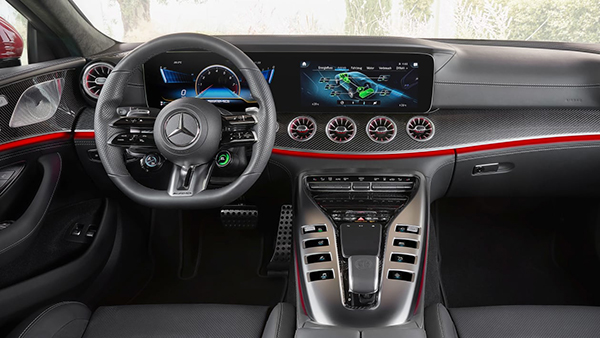 Inside, hybrid-specific displays are the only changes of note to the interior, along with the firm’s new steering wheel design.

The car will make its world debut at the Munich Motor Show next week, and while still unconfirmed, it’s likely to go on sale in the UK early in 2022. Prices are also to be announced, but it will likely carry a significant premium over the £145,855 of the non-hybrid GT 4-Door 63 S.