Make no mistake, the current Mercedes-Benz AMG GT Black Series is an absolute brute of a thing but if we had to pick a favorite Black Series car, it would be the SL65 AMG. 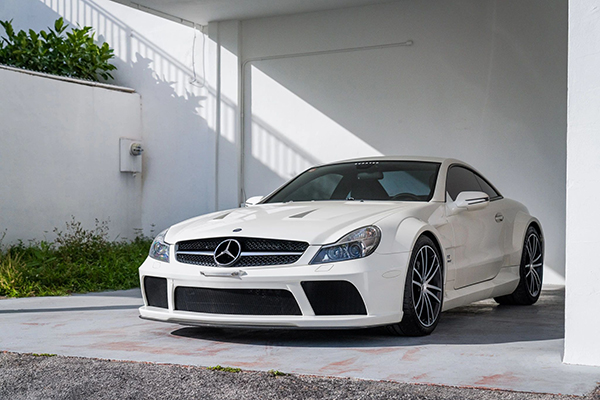 Whereas the AMG GT Black Series has been honed for track performance, the older SL65 AMG Black Series is much more focused on street performance and does without all the wild aerodynamic components of the ultimate AMG GT. To our eyes, it is the perfect combination of aggression and style and one well-maintained example is up for grabs.

This particular SL65 AMG Black Series is a 2009 model and has been listed up for sale through Bring a Trailer. It has almost 19,000 miles (~30,500 km) under its belt and is being offered with an owner’s manual, service records, a clean Carfax report, and a clean Florida title. 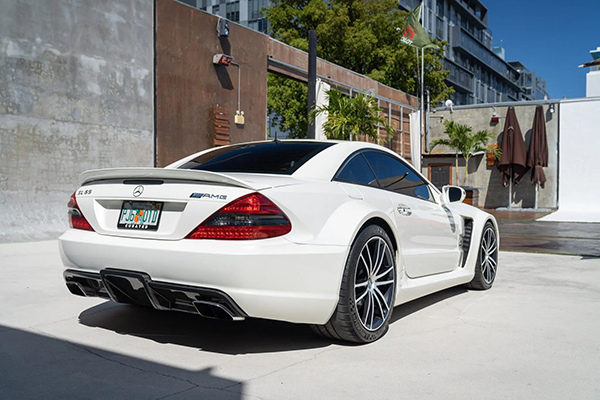 Mercedes-Benz only ever built 350 examples of the SL65 AMG Black Series, of which 175 were destined for the United States. This car was delivered new to Fletcher Jones Motorcars of Newport Beach, California but was exported to Japan in 2011 where it resided until it was brought back into the United States last year.

The car is finished in Diamond White Metallic paint and sits on 19-inch front and 20-inch rear AMG wheels with 265/35 and 325/30 Michelin Pilot Cup 2 tires respectively. It also benefits from upgraded brakes with silver calipers. 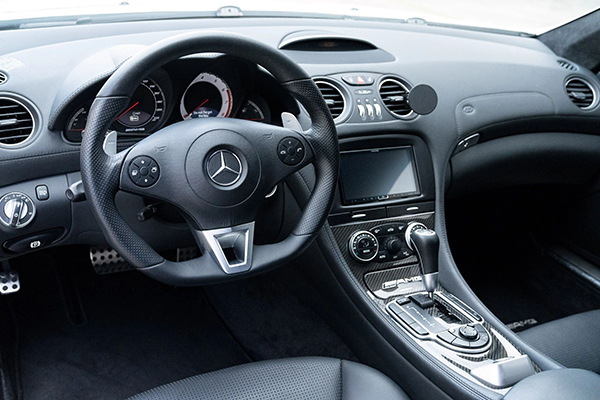 Found in the cabin are power-adjustable seats clad in black leather which is also found across the dashboard, steering wheel, and door panels. Various pieces of carbon fiber trim are also found throughout.

Like all other SL65 AMG Black Series models, the car is powered by a twin-turbocharged 6.0-liter V12 with 661 hp and 738 lb-ft (1,000 Nm) of torque. This engine is mated to a five-speed automatic transmission driving the rear wheels through a limited-slip differential.