Long before Mercedes-AMG cared about emissions regulations and making hybrid performance cars with four-bangers, it was building one of the craziest performance cars of the mid-2000s; the SL 65 AMG Black Series. 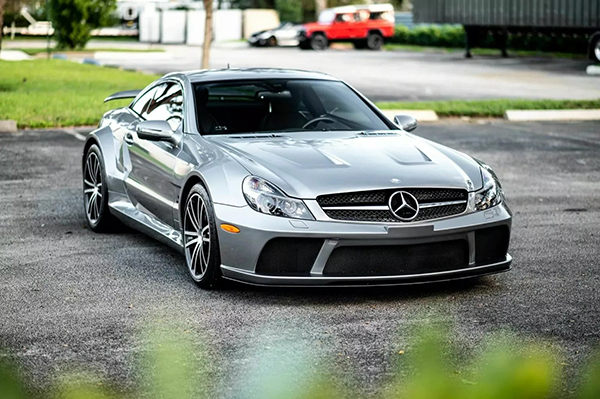 The Mercedes-Benz SL has been a staple of the automaker’s line-up for many decades and plenty of AMG versions have been offered over the years. However, the SL 65 AMG Black Series was really something special, adopting a far more aggressive look with significant mechanical upgrades and a limited production run that saw just 350 examples produced worldwide. 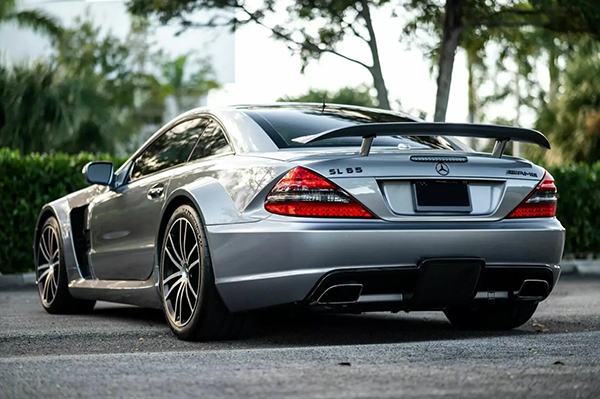 Of the 350 examples built, just 175 were sold in the United States and one of these is up for auction through Bring a Trailer. It is a 2009 model and is being sold with a clean Carfax report and a clean Florida title.

Adorning the exterior of the car is a shade dubbed Palladium Silver Metallic that helps to accentuate the revised bodywork, including the flared front and rear wheel arches. The SL 65 AMG Black Series also rocks a carbon fiber roof and retains its original 19-inch front and 20-inch rear wheels wrapped in Michelin Pilot Sport Cup 2 tires measuring 255/35 and 325/30. 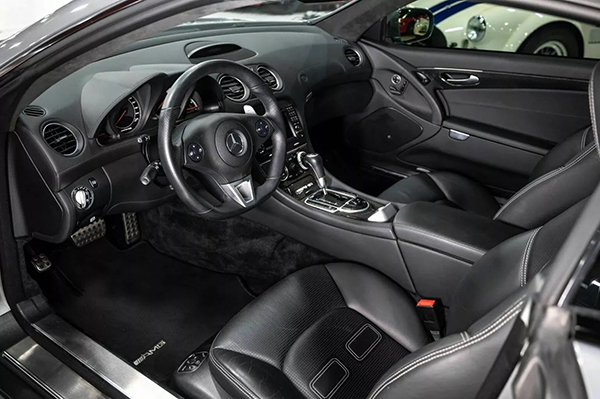 Found in the cabin of the Mercedes are power-adjustable sport seats clad in black leather and complete with contrast stitching. Various pieces of carbon fiber are also found throughout and a Harman Kardon sound system is used to pump out the tunes. The previous owner has also fitted a Passport radar detector.

Slotted beneath the massive hood of the SL 65 AMG Black Series is a 6.0-liter twin-turbocharged V12 pumping out 661 hp and 738 lb-ft (1000 Nm) of torque. This engine sends its power through the rear wheels courtesy of a five-speed automatic transmission.