Since the new Mercedes-AMG SL was unveiled, we’ve known that a plug-in hybrid variant was coming, and now we can see it in all its glory as an uncamouflaged test car was spotted during some cold-weather testing. 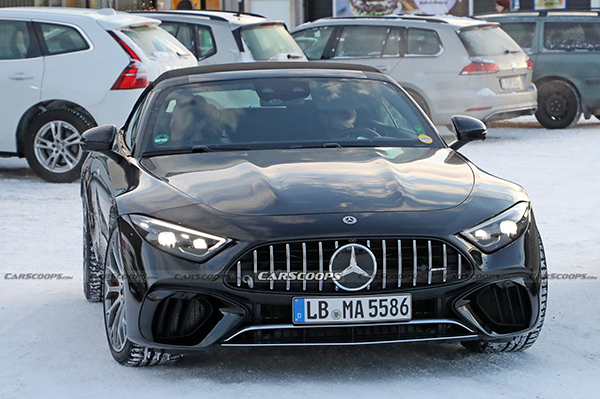 The PHEV nature of this particular test car is betrayed by the charge port door on the rear bumper, though that would appear to be the only major difference between this model and the regular AMG SL. Since Mercedes has already shown the SL to the world, the need for any camouflage is no longer present.

Less clear is what’s going on under the skin. We know that the new SL is based on the same platform as the upcoming AMG GT Coupe. That ought to excite the power-hungry because if this car shares the four-door AMG GT’s hybrid powertrain it will make a ton of power. 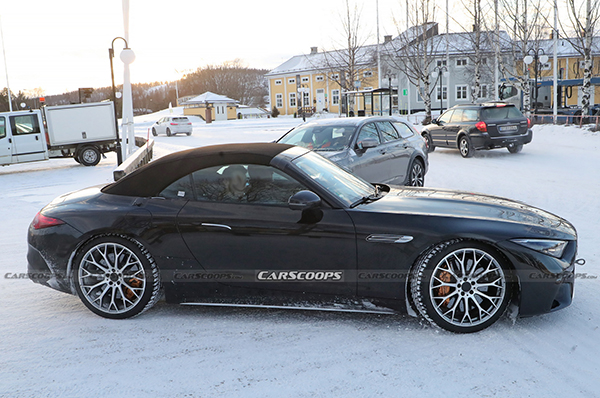 In the AMG GT 63 E Performance, power comes from a 4.0-liter twin-turbocharged V8 that is hooked up to an electric motor on the rear axle. Together, they make 831 hp (842 PS/620 kW) and 1,023 lb-ft (1,400 Nm) of torque. The electric motor is integrated with a two-speed transmission and an electronically controlled limited-slip diff to ensure better grip and performance.

The AMG GT 63 E Performance is good for a 0-60 time of just 2.9 seconds and a top speed of 196 mph, as well as 27 mpg (8.6 L/100 km). Since this two-door is smaller than that, it might be lighter and capable of accelerating faster, though Mercedes-AMG may also be limited by the car’s space for batteries. Some sources have reported that the same powertrain will be detuned for the SL plug-in hybrid. 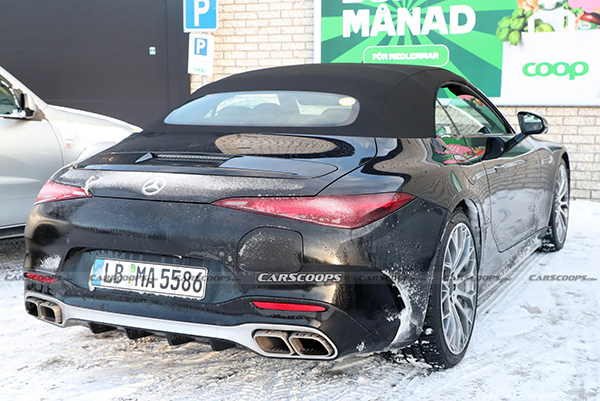 No date has been set for this car’s unveiling but a debut is expected before the year’s end.