It looks like Mercedes-AMG figured out how to cram a hybrid powertrain into the next-generation SL. Fresh spy photos from our friends at Motor.es captured the new model wearing a full camouflage wrap, which it had decided to drop in recent spy pics. The reason for the car’s extra coverings is likely due to the powertrain it hides as it appears the company is testing a plug-in version of the new SL. 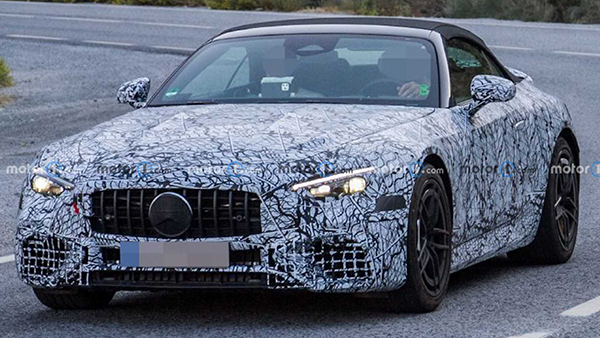 You’re not going to find evidence of the SL’s slick powertrain by looking at the fenders, though. The car’s charging port is actually located in the rear bumper, tucked below the passenger-side taillight. It’s nearly impossibly to spot the cap in the black-and-white camouflage swirls, though the location isn’t that strange. Earlier this year, Mercedes launched the Mercedes-AMG GT 63 S E Performance, which had its charging port cap located in the same sport. 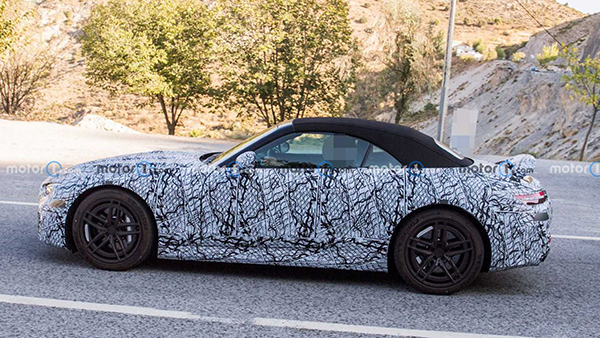 It’s unclear how Mercedes packaged the entire system, though it might be too ambitious to hope for the same one found in the beastly AMG GT 63 S E Performance. That car’s powertrain pairs a twin-turbocharged 4.0-liter V8 with an electric motor to produce 831 horsepower (620 kilowatts) and 1,033 pound-feet (1,400 Newton-meters) of torque, which might be a bit too big for the SL’s smaller size. The SL will have a smaller engine, though it won’t be short on horsepower. 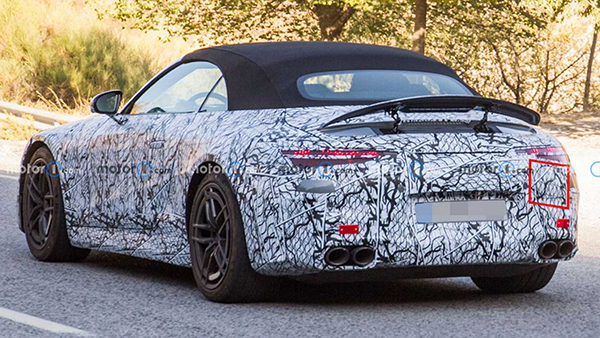 The SL plug-in hybrid is rumored to pair a turbocharged 2.0-liter four-cylinder with an electric motor to produce a stout 578 horsepower (425 kilowatts). The next-gen SL, which replaces the previous-gen model and the AMG GT Roadster, will pair the hybrid powertrain to a nine-speed automatic gearbox. It’ll have all-wheel drive, and Mercedes could call it the SL 53 E Performance. AMG made a big splash with its first electrified model, so expectations are high for the new SL, too, now that the performance brand has taken control of its development.