They say there aren’t many machines in the history of the world that were built at the extreme level of quality as vIntage Mercedes-Benz cars, but the 1963 190SL sure makes the list.

So when one U.S spec model was uncovered and put up for sale by Driver Source Fine Motorcars of Houston, Texas, it was an absolute sight to behold. The story of this particular 1963 190Sl places it in a peculiar period in the American car market. In those days, it was customary for a wealthy individual to specially import various models of European sports cars never meant for the U.S. market. Of course, the market at that time was primarily dominated by domestic American manufacturers. 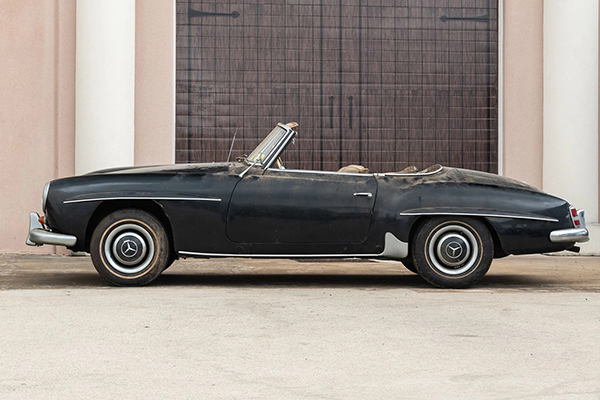 Mercedes-Benz was one of the first European auto manufacturers to build bespoke models for sale on the North American market. It’s this unique American configuration that this particular 190SL left the factory sporting in May 1962. The car would eventually be sold to Mr.William Warren of Dallas, Texas. 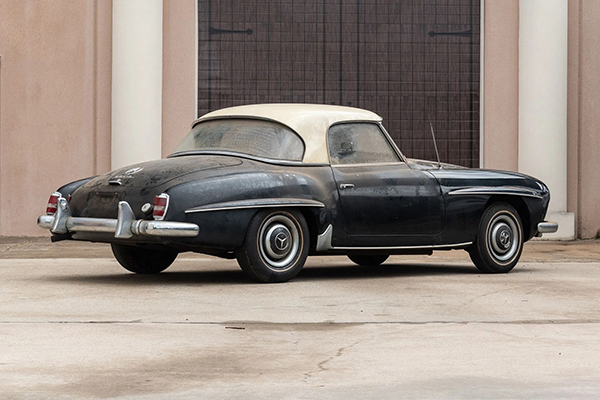 The car was garaged in Fayetteville, Georgia the early 1980s and stayed there, largely undisturbed, until early 2021. Most cars left that much time sitting idle tend to be in a complete state of un-driveability. Then again, most cars aren’t vintage Mercs, and this 190 SL has stood the test of time in ways few other cars could. 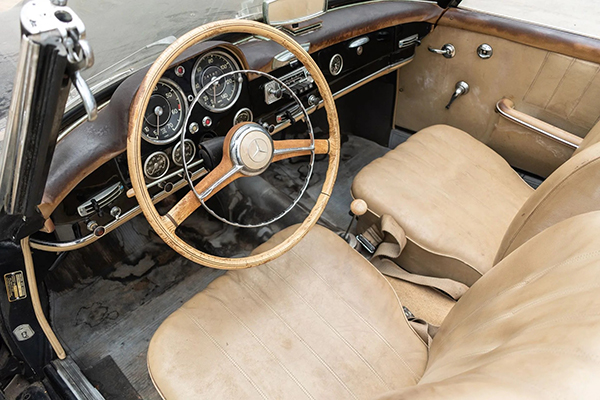 The engine, transmission, wheels, and chassis are all numbers matching and in remarkable condition, considering the number of decades the car sat neglected. It will take a very skilled mechanic to get everything in perfect working order, but the end result will be oh so sweet.

The price for this little nugget of magnificence? $81,500 before taxes. At that price and with the right buyer, this is bound to become one heck of a project car.