Automakers can be a fickle bunch, flitting wild from styling trend to trend, with the result that cars can vary wildly from one generation to the next. Mercedes, on the other hand, prefers to take things steady, particularly where its sedans are concerned, as these 2024 (though North America may get it as a 2025MY) Mercedes S-Class spy shots prove. 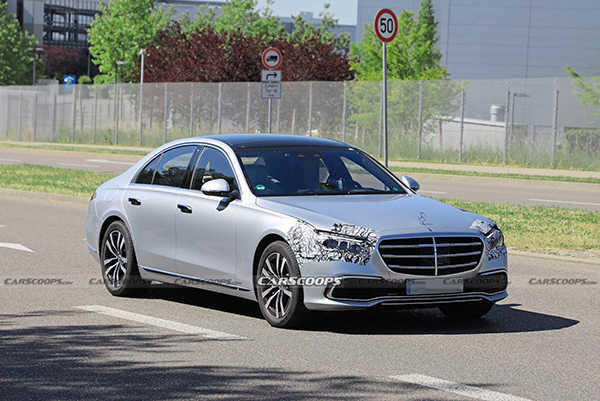 In fact if Mercedes hadn’t drawn attention to this car’s headlights by wrapping them in a disguise, there’s a good chance no one would have noticed it at all, or if they had, they’d have presumed it was a 2021 or 2022 model. 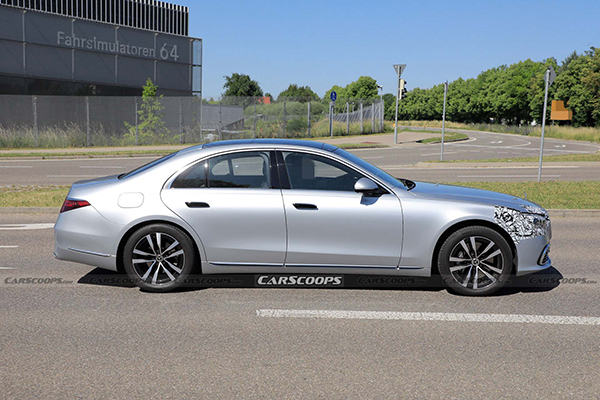 Mercedes revealed the current S-Class back in 2020 and it went on sale as a 2021 model, so by 2024 the time will be right for a mid-life refresh. But going by these pictures that refresh is limited to a new design of DRLs within the headlight units. On the current car the DRLs consists of strips of light located both at the top and the bottom of the headlight. But it looks like Mercedes might have ditched the lower lighting strip, leaving just the upper light bar, giving the headlights an illuminated eyebrow.

Realistically, even conservative Mercedes is likely to make some small changes to the bumpers for the mid-life update, and to the rear lights, none of which appear changed in these photographs. But since we’re still nearly two years away from the car’s 2024 launch, it’s possible Mercedes won’t fit them to test cars until later in the development program. 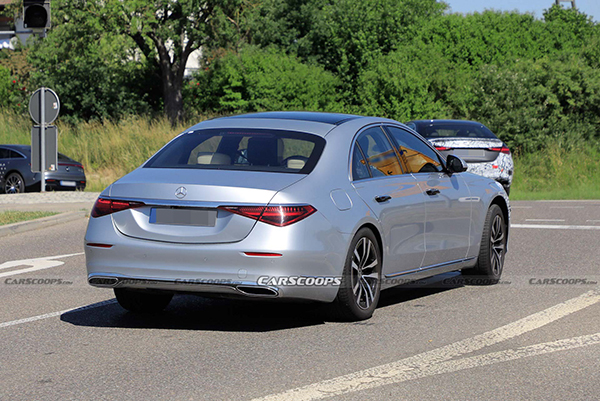 However the interior disguise just visible through the passenger window suggests the Merc design team could have some bigger updates planned for the dashboard. Those might include offering the triple-display Hyperscreen dashboard not currently available in the S-Class but fitted optionally to its EQS electric cousin. We’re also expecting Mercedes to roll out its latest hybrid tech to its flagship, including the new four-cylinder electric-turbo 2.0-liter motor fitted to the C 43 and SL 43 sports car.

Not that the subtle exterior changes will give you much clue. And if there’s one great thing about Mercedes-Benz’s evolutionary approach to styling it’s that you can buy the current car knowing that your ride is still going to look fresh for a few more years yet.