Porsha Williams and Simon Guobadia have a very lavish lifestyle, which includes several luxurious cars. To show his appreciation for his fiancé, Simon surprised her with a brand-new car: a white Mercedes-Benz S-Class. The luxury sedan also came with a red bow on its hood. 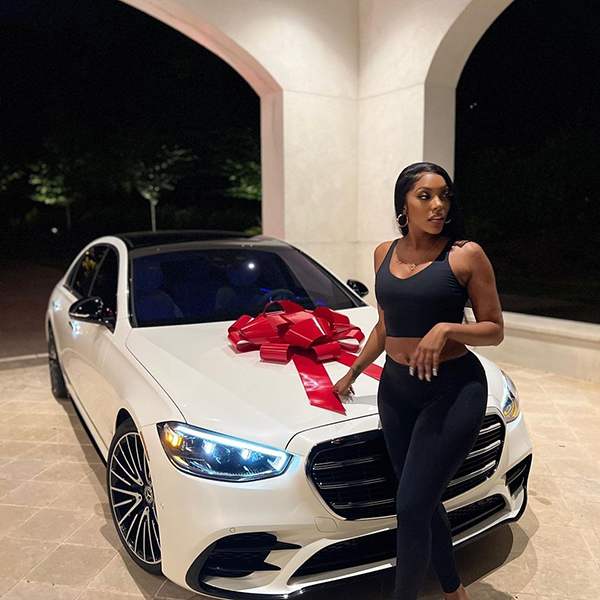 Porsha is mother to Pilar Jhena, whom she shares with her ex-fiancé, Dennis McKinley. Currently, Simon and Porsha don’t share any children, but he thought it would be nice to treat her to a brand-new car on Mother’s Day.

Porsha revealed the gift on social media on May 9, posing next to her “new baby,” which she “freaking loves.” She thanked Simon and said he makes her feel “like a real life princess.” Which is not far from the truth, because the S-Class is the German brand’s flagship sedan. The current generation is available in only two versions in the U.S. Customers can choose either the S 500 or the S 580. 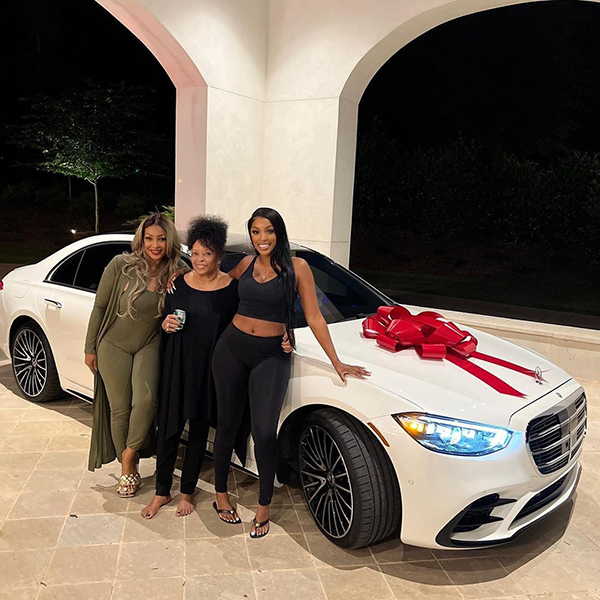 The more powerful version is the S 580, which might be what the businessman chose for his reality star fiancé. The German premium manufacturer placed a 4.0-liter V8 biturbo engine with a mild-hybrid drive under the hood of the S 580. The system delivers a total of 496 horsepower (503 ps) and 516 lb-ft (700 Nm) of torque to all wheels via the nine-speed 9G-TRONIC automatic transmission and the 4MATIC four-wheel-drive system.

The luxury sedan is able to go from zero to 60 mph (0-96 kph) in 4.4 seconds and reach a top speed electronically limited to 130 mph (210 kph). The S-Class comes with many features to make any ride pleasant and comfortable, be it from behind the wheel or from the backseat.

This isn’t the first time Simon treated Porsha to a brand-new car. Early this year, he surprised her with a grey Rolls-Royce Ghost. Porsha was thrilled with that one just as much.