Mercedes-Benz is the latest automaker to show a huge spike in its luxury flagship’s sales figures. This is, in reality, the first concrete evidence we have of Mercedes’ newest top-end luxury business model. Allow us to explain before this gets too boring with the financials. 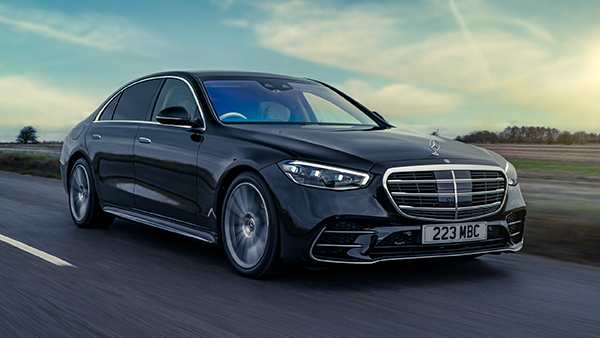 The layman’s version of this is that Mercedes has realized it’ll make more money by making 10,000 $100,000 cars than making ten million $10,000 cars. The result is a much more upmarket brand, and we think that the Mercedes-Benz S-Class’ 950.9% sales increase is evidence that it’s working.

The plan splits Mercedes models into three categories: Entry, Core, and Top-End Luxury. We’ll let you guess where the S-Class fits in there. A final, fourth level is also planned, which Merc calls “Mythos” models. Those will be Maybach-and-up models which will be truly expensive.

Here’s how the numbers break down for the S-Class, which handily proves that Merc’s new model could work. In this quarter last year, Mercedes shifted 373 units, as compared to 3,920 this year. That is a quarterly change of 950.9%. Looking at the year-to-date numbers makes the picture all the clearer.

1,416 S-Class units were sold by this time last year, and now, 8,739 have been sold this year. We feel obligated to throw in the fact that a lot of rich people made a lot of money over the last year in real estate, the stock market and even collector cars. Regardless, the S-Class is not the only evidence that this new strategy works.

For that, we have to look at some downward trends. For reference, all of these figures are quarterly. The CLA (-16.5%), C-Class (-14.3%), GLA (-34.3%), and others all showed a downward trend, further reinforcing Merc’s decision to pivot back upmarket.

However, a notable outlier was the A-Class. We say this is because Mercedes’ entry-level model will always bring in people looking to just get into a car with that three-point badge on the grille, in addition to the A-Class actually being a rather nice car overall.

That aside, it would appear that Mercedes is starting to see the benefit of making higher-dollar cars and staying a “premium brand,” as evidenced by its sales report for this quarter. We’ll have to see not only if that trend continues, but if it pays off for Mercedes-Benz in the long haul.