Mercedes-Benz is often the pinnacle for the rest of the industry to follow when it comes to automotive technology. But technology sometimes can be critically disruptive and thus compromise federal rules to protect the safety of cars like the Mercedes-Benz S-Class or the EQS. 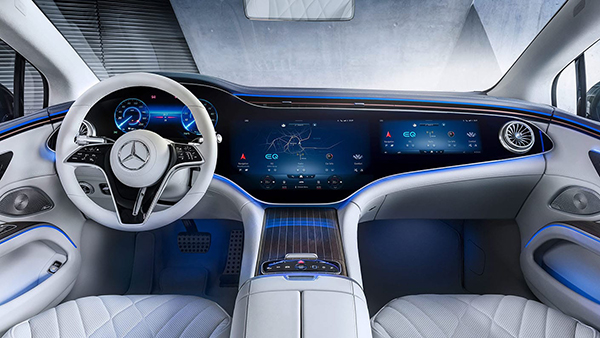 Case in point? The rearview camera won’t portray an image on the MBUX screen at all on a slew of 2022 EQSs and 2021 S-Classes. Mercedes say this is due to another kind of serious supply chain disruption, one in which the development process for one supplier differs from the process of another. And so, the federal rule is violated when shifting in reverse and the screen instead comes up black, affecting rear visibility and raising the risk of an accident, injury, or fatality.

Mercedes-Benz first got wind of this in November 2021 when two field reports noted screen failures in multiple EQS models. An internal investigation revealed that the same issue impacted both the EQS and S-Class versions of the tech. 8,530 vehicles built between July 2020 and January 2022 will now be subject to recall.

This is not the first time the MBUX infotainment system has faced scrutiny. It was only December 2021 when they recalled both cars for not deactivating the ability to watch TV while the vehicle was moving. That time, it was in a notice published by the National Highway Traffic Safety Administration (NHTSA) for Mercedes to correct the problem.

So far, the latest attempt to display its pioneering user interface technology has been a hit and miss. The next generation of MBUX, first shown in the S-Class is trickling down to more accessible models like the C-Class and GLC-Class. The same is true of the MBUX Hyperscreen, consisting of one 56-inch piece of glass housing three separate screens, which is seeing more use in the less expensive EQE. If Mercedes wants to continue its show of dominance in the digital department, it’s best to see the issues come up now instead of down the road.

Fortunately, the tech problems mean the latest recall is just a simple software update. So owners won’t have a long wait at their local dealership. Dealers were notified on July 18, 2022. All owners of affected cars should be notified the same before September 9, 2022.