Amir Khan: Boxer’s Mercedes seen damaged after M6 crash This Instagram clip shows a Mercedes S350 belonging to Amir Khan which is shown to have sustained damage. The £90,000 car was damaged after the boxer crashed into the central barrier on the M6 after he lost control of the vehicle due to wet weather.

Professional boxer Amir Khan has had his fair share of car trouble along the years, but it’s the latest that got him saying it was a really “scary” situation.

The 34-year-old professional boxer and passionate car collector, who shares his time between the UK and Dubai, was driving on the M6 in his white Mercedes S350, when he was involved in a single-vehicle accident. It was raining and, according to his own words on social media, the S350 hydroplaned right into the barrier. 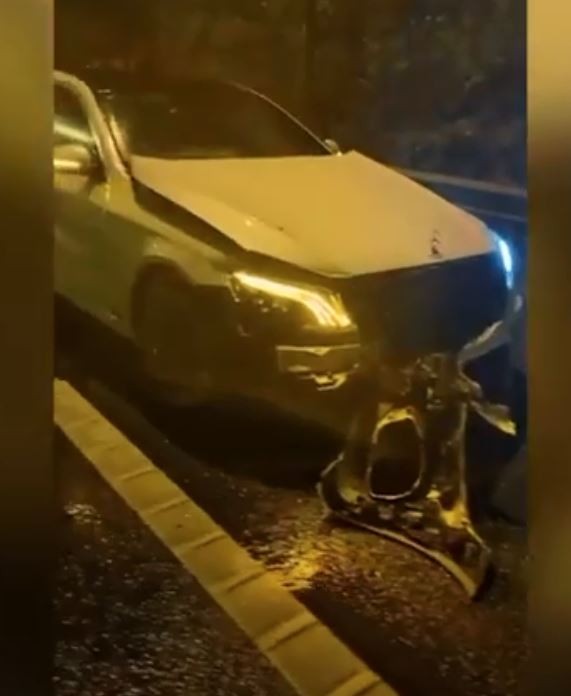 Khan posted a few details of the accident and a video of the aftermath on Instagram, but the post seems to have disappeared since. You can see the original video below, as it was posted later to YouTube. The Birmingham Mail confirms the accident.

“Smashing into the side of the motorway barrier felt like being hit with a combo,” Khan wrote. “’Thank God everyone is safe. A scary experience. Car lost control on the motorway #aquaplane.”

He did not say whether he was driving alone, though the implication is that he wasn’t. The video shows considerable damage both to the front and the rear end of the S350, possibly indicating Khan was driving at high speed at the moment of impact. 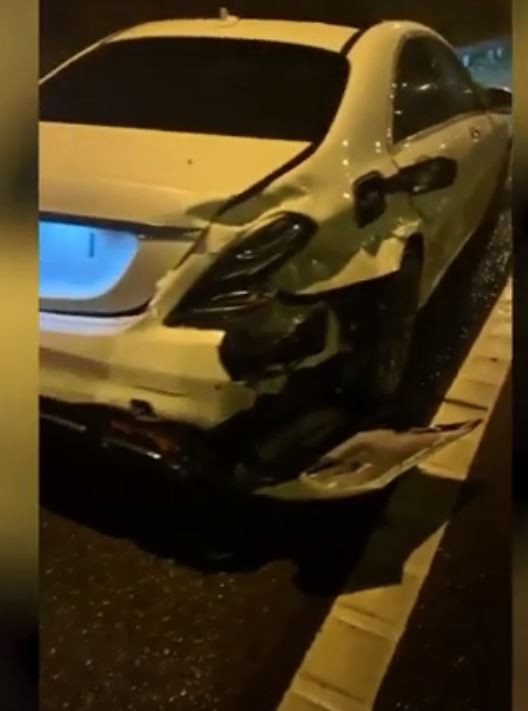 Khan’s driving record shows he has a propensity for speeding, having had his license suspended several times for speeding and reckless driving, mowing down a pedestrian and knocking over a cyclist.

Khan recently bought a second home in Dubai and revealed on social media he was considering treating himself to a new car after all the hard work, a Rolls-Royce Cullinan. Should he go through with the purchase, he will add another vehicle to his already generous and expensive collection, which also includes a Lamborghini Aventador, a Rolls-Royce Phantom, a Bentley Continental, an Audi R8, and a custom Range Rover, among others.

No word yet on whether the S350 will ever be part of that collection again.