The model series 140 S-Class, presented in 1991, was a great success in many respects. Criticism in Germany thirty years ago about its external dimensions has long been forgotten and has been put into perspective over time: many of today’s vehicles are not smaller or lighter. For instance, looking at Mercedes-Benz customers in the USA or Asia, it becomes obvious how differently vehicles are accepted on different markets: in 1991, customers on the aforementioned markets were thrilled by this S-Class. This Mercedes-Benz impressed with its design, a host of innovations and superior spaciousness and driving comfort. 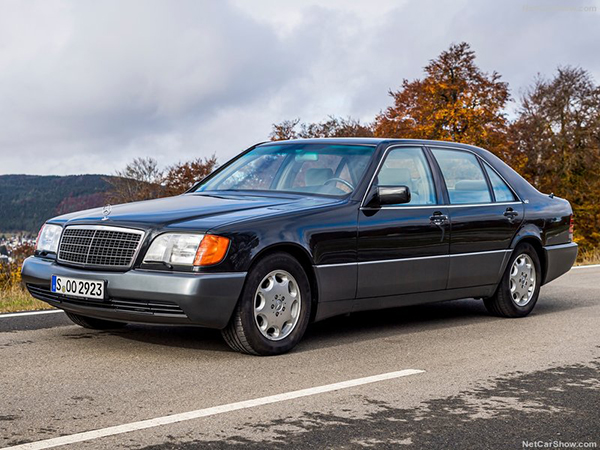 As the characteristic trademark, the radiator grille was reinterpreted for this S-Class, while its traditional shape was maintained, just like with 129 model series SL vehicles. It marked the first time that the outline of the “integrated radiator” – with its significantly narrower chrome frame – had been organically integrated into the bonnet. For the first time the Mercedes star was no longer installed on the radiator grille, but had been fitted slightly further back on the bonnet. 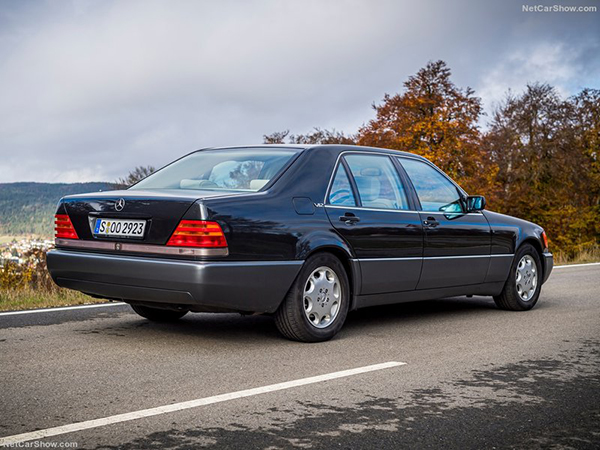 The ride was once again considerably more comfortable than in the 126 predecessor model series. In addition to many other parameters, this involved the fact that tyre noise and vibrations within the passenger cell were significantly reduced. Insulating glass panes were used for the first time in a passenger car model series to practically prevent condensation or fogging up of the windows, while also making a considerable contribution towards noise and thermal insulation. The 140 model series is a pioneer of environmentally friendly automotive production as all plastic components are recyclable and clearly marked. As had been the case since the launch of the long-wheelbase 300 SE (W 112 model series) in 1963 and for all following S-Class generations, the 140 model series was also available as a variant with a longer wheelbase, bringing about exclusive benefits in terms of the legroom in the rear. 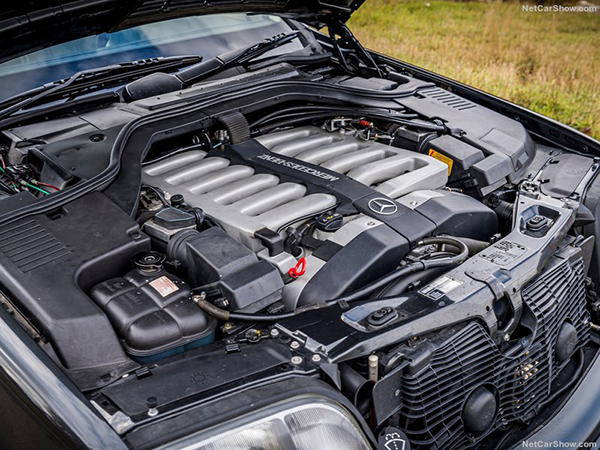 600 SE and 600 SEL with twelve-cylinder engine
In 1991, a twelve-cylinder engine marked the highlight in terms of output: the new M 120 6.0-litre V12 engine development was the first series-production twelve-cylinder engine in a Mercedes-Benz passenger car. It generated an output of 300 kW (408 hp) and a torque of 580 newton metres. Just like its two V8 counterparts with 4.2 litres (210 kW/286 hp) and 5.0 litres of displacement (240 kW/320 hp), as well as the 3.2-litre six-cylinder variant (170 kW/231 hp), this vehicle boasted four-valve technology and adjustable inlet camshafts. From October 1992, the 300 SE 2.8 (142 kW/193 hp) and 300 SD Turbodiesel (110 kW/150 hp) rounded off the range with two more affordable and efficient variants. The 300 SD (from 1993 known as S 350 Turbodiesel) is driven by a 3.5-litre six-cylinder engine featuring an exhaust turbocharger. It marks the first S-Class diesel model available not only in the USA, but also in Europe. Engine and powertrain management were also a completely new development, with the innovation being that all control modules communicated via a shared data channel. In March 1994, Mercedes-Benz showcased the S-Class facelift at the Geneva Motor Show. 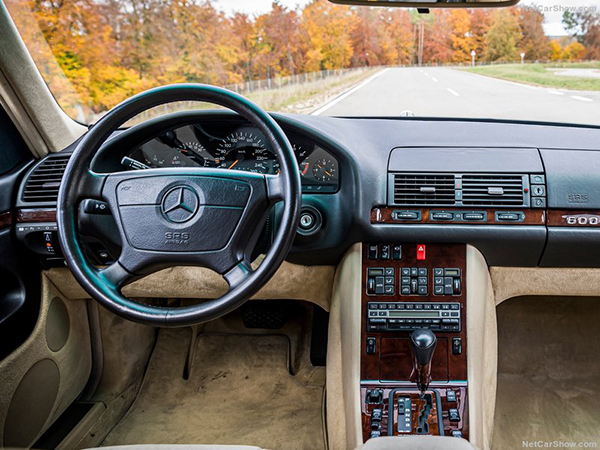 Groundbreaking safety innovations
This generation of the S-Class also introduced groundbreaking safety innovations in automotive engineering: the Electronic Stability Program (ESP®), which became standard equipment for the V12 models in 1995 and optional for the V8 models – the system was also available for six-cylinder models from the following year. A further active safety innovation made its global debut alongside the Electronic Stability Program: Brake Assist System (BAS), a standard feature in all 129 and 140 model series vehicles from December 1996. Brake Assist System (BAS) is capable of identifying emergency braking manoeuvres and, if necessary, establishing the maximum brake boost within an even shorter space of time than before. Consequently, the vehicle’s braking distance is crucially cut.