We have seen plenty of spy shots and videos of the next-gen Mercedes-Benz S-Class, but this photo posted by Cochespias on Instagram has finally revealed the new luxury sedan without any camouflage. Unfortunately, the photographer was apparently in the rafters of the building and didn’t snap an obstructed view of the upcoming luxury sedan. 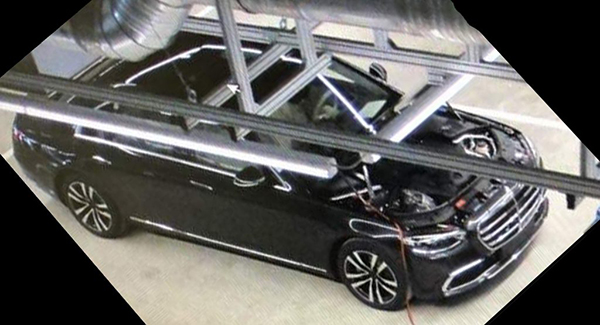 The design features a grille that protrudes from the body, and it appears to have a more upright position than on the current generation. The lower fascia has an angular shape at the corners and chrome outlines it. Thin headlights wrap around the front end. The angle of the photo doesn’t provide a view of the lamps, but earlier spy shots show that the running lights are in an LED strip across the top.

The side of the new S-Class looks very smooth and simple. The black color might be hiding things, but there doesn’t appear to be any creases or other visual flourishes along the door panels. Pop-up door handles are among the sedan’s new features, and they’re visible in this image, particularly at the front. 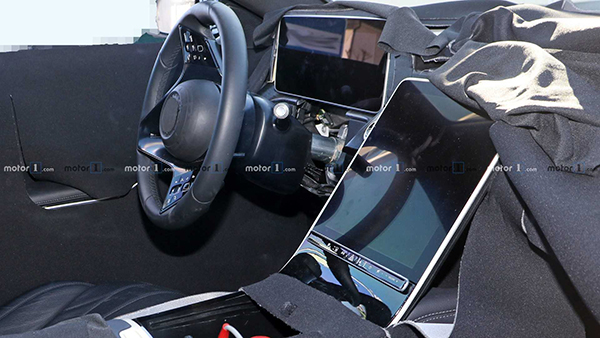 While not visible here, spy shots (above) provide a great idea of what the new S-Class’ cabin looks like. Like many current Mercedes products, there’s a wide digital instrument cluster in front of the driver. Next to it, there’s a big infotainment screen that dominates the center stack.

The new S-Class will debut before the end of the year and will be on sale for the 2021 model year. In addition to the standard trims, Mercedes will also eventually introduce the fully electric EQS and ultra-luxurious Maybach version.