The open-top version of the upcoming Mercedes-Benz CLE has just followed in its fixed-roof sibling’s footsteps by dropping most of its heavy camouflage to reveal the curvaceous body. 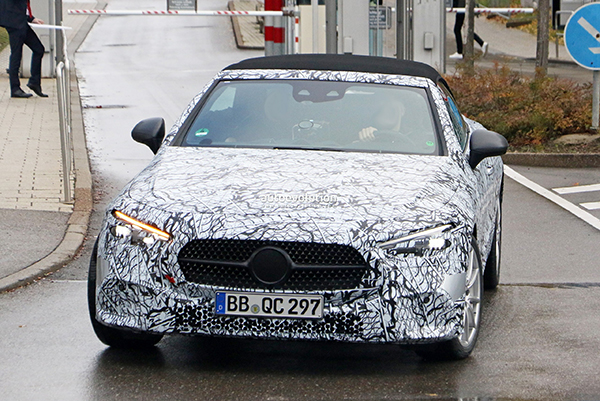 Mercedes-Benz is finally ready to show us more of the first-ever CLE-Class in Convertible form. What you see in the gallery below are not official press photos but spy shots taken earlier today by our spies in Germany. This is obviously not the final and complete product, though it shows us a lot more than the previous trial vehicles. 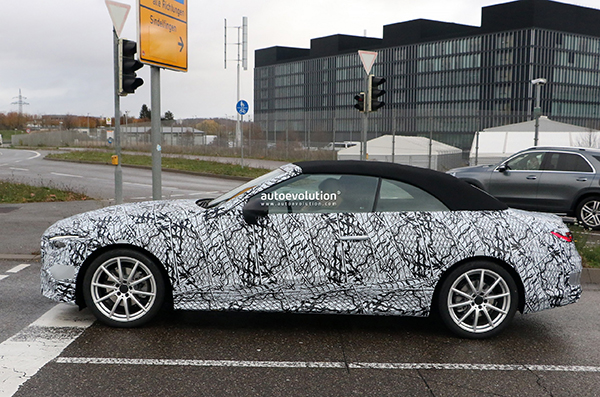 The heavy camouflage is finally gone and we can take a look at the vehicle’s overall shape and profile. Having seen the CLE Coupe on several occasions, the things don’t look all that surprising here but there are details worth pointing out. First and foremost, there are some obvious similarities with the SL Roadster but, again, this shouldn’t come as a big surprise.

The CLE family will replace four vehicles in total – the E-Class and C-Class in coupe and cabriolet variants, which means the size of the new vehicle will be somewhere in between the outgoing products. On the other hand, the CLE convertible doesn’t sit so aggressively low to the ground as the SL as its focus will be on comfort rather than pure performance. 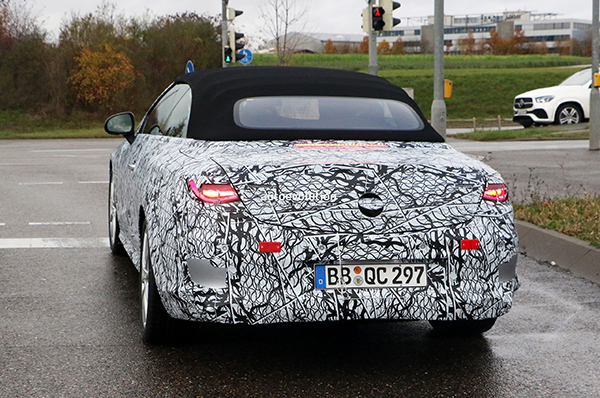 Further differences can be seen at the front where the headlights, while similarly shaped, won’t have the same overall design. It’s the same story with the radiator grille, which in this case has an interesting pattern with a shape reminiscent of the German company’s emblem. Depending on the trim level and engine under the hood, there will be a few different grille designs.

The CLE-Class in both coupe and convertible versions will ride on the automaker’s MRA-2 platform that’s also found under the skin of the current C-Class. The hardware of the two-door models will be shared with the C, which could also include the range-topping AMG C63 trim with an electrified 2.0-liter turbo engine. If this is indeed the case, we expect the output to be similar to the new C63’s 670 horsepower (500 kilowatts) and 553 pound-feet (750 Newton-meters) of torque.