Mercedes-Benz is readying an all-new car to launch in 2023, called the CLE. We’ve already spotted the compact executive cabriolet testing on the road and with the latest similarly-sized C-Class already out, we have a good idea of what to expect from this model. 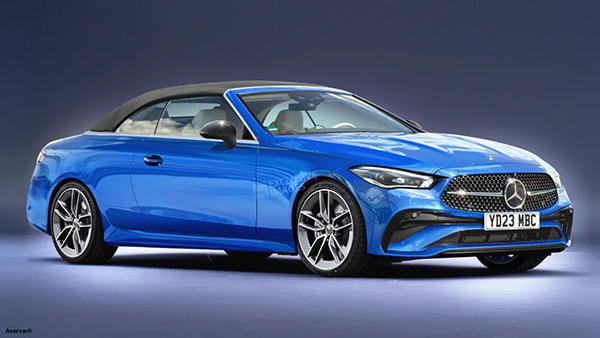 We’ve spied the CLE testing multiple times and it looks like the finalised car will look almost identical to our exclusive images. Mercedes has preferred the use of a fabric roof in its convertibles of late and the CLE will adhere to this approach. The overall proportions of the test cars we’ve spotted look typically Mercedes, so we’re not expecting a drastic change of design language for the CLE.

The test car we’ve spotted sits on 15-spoke alloys and features a dual exit exhaust system, usually reserved for AMG models. It’s more likely this is an AMG 43 rather than a full-fat AMG 63 model, however.

At the front, we can see a more slender headlight design than the latest C-Class and the grille is likely to mimic those seen on the rest of the Mercedes range. Unsurprisingly, there’s a blanked off section in the grille where a large three-pointed star will sit.

At the rear, we can see two air ducts behind the rear wheels, a common design trait on current Mercedes models. Unlike the C-Class and E-Class, the rear number plate sits on the rear bumper rather than the bootlid.

We’ve not seen inside the new CLE just yet but we expect the cabin to follow a similar layout to the latest Mercedes C-Class. This would mean a new infotainment system running the same MBUX software introduced in the current S-Class. It should be displayed on an 12.3-inch digital instrument panel, an 11.9-inch touchscreen. The screens will be separated from each other, rather than connected like the display Mercedes is using for its all-electric EQ models. 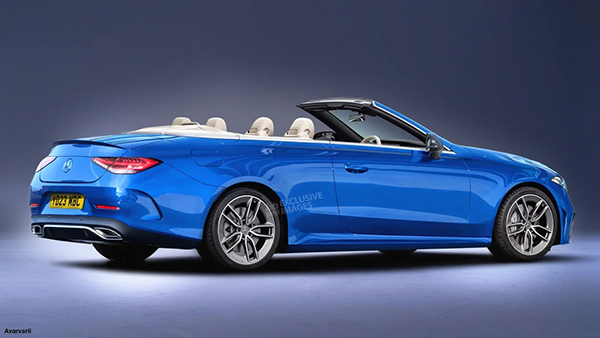 Head-up display technology will also be available, but not the augmented reality HUD system found in the luxury S-Class. The latest MBUX system can also receive over-the-air updates from Mercedes.

The Mercedes model portfolio reached a high of 50 vehicles in 2020 and brand executives have spoken in the past of a need to reduce complexity, especially with the rollout of the all-electric EQ range. Speaking earlier in that year, Mercedes Chief Technology Officer Marcus Schafer pointed to the brand’s convertible offerings as being “high density”, with the recently axed SLC, C-Class Cabriolet and E-Class Cabriolet all vying for space in a market that isn’t a big money maker.

However, Schafer admitted that from a branding perspective the coupe and cabriolet models are important; for a premium car company such as Mercedes, being in this space lays down an important marker.

“We want to focus on these models,” he explained. “They have their niche and their purpose. That’s why we are going to tailor exactly the right vehicle in this segment. There’s more to come on the coupé and cabriolet side in this mid-segment but it’s going to take a little bit more time before we can speak about it.”

The brand has already reinvented the full-size SL as a sportier and more purposeful offering using a new platform developed by AMG. Technical details are unknown at this stage, and an unveiling of the CLE is some way off. However, the CLE is likely to be based on the same MRA-2 platform as the new C-Class and S-Class, rather than the SL’s new AMG-designed architecture. The flexibility of MRA-2 means that four and six-cylinder power is possible, appealing to the CLE’s likely buyer.

The latest C-Class is a four-cylinder only affair and much of the CLE line-up will be, too. The next C 63 model will take on a new high-performance four-cylinder hybrid engine derived from the M139 2.0-litre turbo engine used in the A 45 superhatch. Although the larger S-Class, also on the MRA-2 platform, could lend a 3.0-litre turbocharged straight-six with 48-volt mild hybrid assistance, if Mercedes thinks a six-cylinder option will be necessary.

While the car spied here is a four-seat convertible, Auto Express expects there will also be a fixed-roof coupe version of the CLE, though the model line-up is likely to be capped at just two, with no plans for a new mid-size, four-door coupe to sit between the CLA and the CLS to rival the BMW 4 Series Gran Coupe.