This is our first look at a brand-new, next-generation, mid-size convertible Mercedes – but it isn’t a C-Class. Auto Express understands this will be an all-new model intended as a catch-all car for the small and mid-size premium convertible market, and it’s being lined up to take on a new badge: Mercedes CLE, a nameplate the German brand has owned for a while, but recently renewed its trademark for. 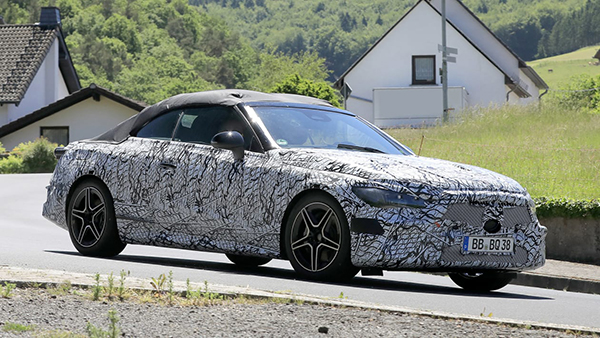 Brand executives have spoken in the past of a need to reduce complexity in the Mercedes portfolio, reaching a high of almost 50 vehicles in 2020 and only due to expand further still, with the rollout of EQ-badged electric models.

Speaking earlier in the year, Mercedes research and development boss Marcus Schafer pointed to the brand’s convertible offerings as being “high density”, with the recently axed SLC, C-Class Cabriolet and E-Class Cabriolet all vying for space in a market that isn’t a big money maker. 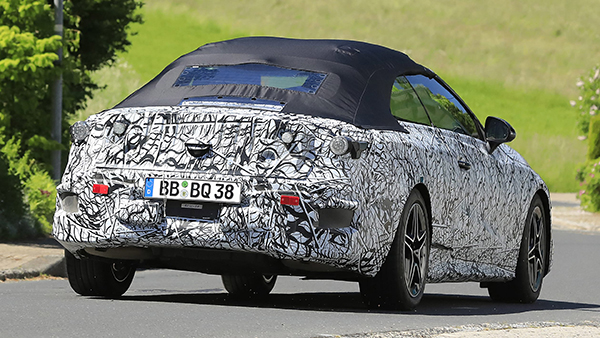 However, Schafer admitted that from a branding perspective the coupé and cabriolet models are important; for a premium car company such as Mercedes, being in this space lays down an important marker.

“We want to focus on these models,” he explained. “They have their niche and their purpose. That’s why we are going to tailor exactly the right vehicle in this segment. There’s more to come on the coupé and cabriolet side in this mid-segment but it’s going to take a little bit more time before we can speak about it.” 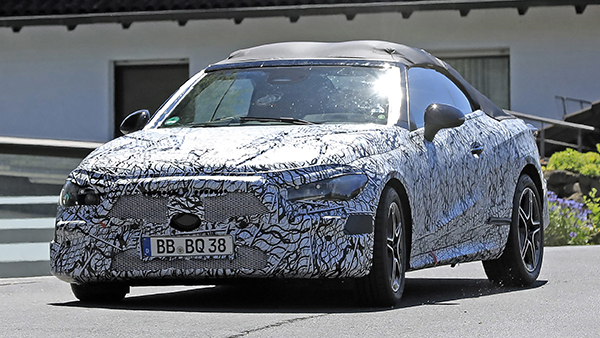 Before the new CLE arrives in 2023, the brand will reinvent the full-size SL as a sportier and more purposeful offering using a new platform developed by AMG.

Similar treatment is being lined up for the CLE. Spied on camera, it will be an all-new model, redefining a cluttered and less profitable market space than before with a distinctive look of its own. Think of it as a similar job to that undertaken by BMW with the latest 4 Series, now distant in looks from its 3 Series saloon sibling. 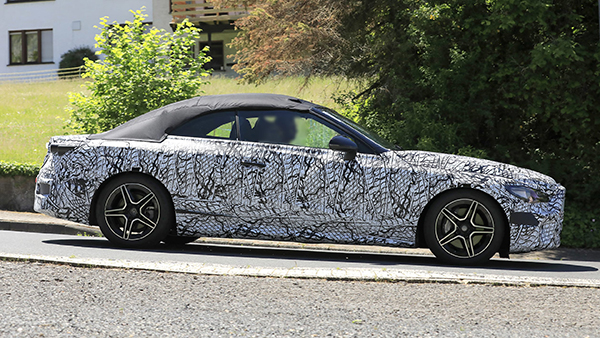 Technical details are unknown at this stage, and an unveiling of the CLE is some way off – there’s still the new SL to come first, later in 2021. However, the CLE is likely to be based on the same MRA-2 platform as the new C-Class and S-Class, rather than the SL’s new AMG-designed architecture. The flexibility of MRA-2 means that four and six-cylinder power is possible, appealing to the CLE’s likely buyer.

The latest C-Class is a four-cylinder only affair and much of the CLE line-up will be too. The next C 63 model is anticipated to take on a new high-performance four-cylinder hybrid engine derived from the M139 2.0-litre turbo engine used in the A 45 superhatch. The larger S-Class, also on the MRA-2 platform, could lend a 3.0-litre turbocharged straight-six with 48-volt mild hybrid assistance, if Mercedes thinks a six-cylinder option will be necessary.

While the car spied here is a four-seat convertible, Auto Express expects there will also be a fixed-roof coupé version of the CLE, though the model line-up is likely to be capped at just two, with no plans for a new mid-size four-door coupé to sit between the CLA and the CLS.