Previous spy shots of the ruggedly camouflaged prototype of the rumored Mercedes-Benz CLE convertible early on have left us wondering whether or not it will also have a coupe version. A new video just unofficially gave us the answer to this question.

A new spy video from the ever-reliable walkoART recently showed a fleet of what looks like Mercedes-Benz CLE cars being tested. Although heavily wrapped in camo, all the vehicles appear to be sporting a fixed roof, which confirms their coupe profiles.

According to reports, Mercedes-Benz USA already informed its network of dealerships about the discontinuation of the C-Class and E-Class coupe and convertible models going forward. The decision was believed to be mainly influenced by the continuously dwindling sales of the said models. Filling the void that will be created by their axing will be the CLE. 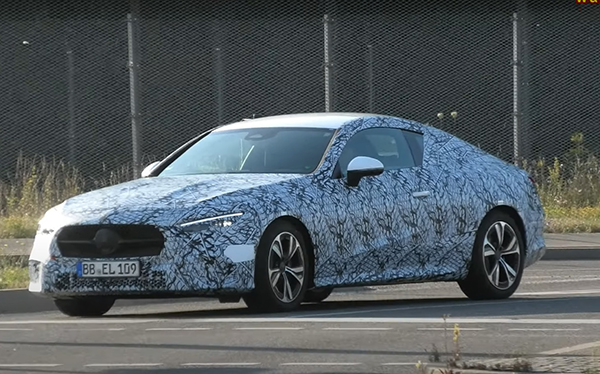 The CLE is expected to debut before the current year ends or in the first quarter of 2023. The range will most probably benefit from the 2.0-liter turbocharged inline-four engine of the current C-Class and E-Class with its range-topping trim likely going over 603 hp. Likewise, it will be integrated with an EQ Boost for a mild-hybrid setup that will provide a torque boost for the car when accelerating from a complete halt or from low speeds.

It’s hard to tell what’s on the exterior of the CLE on the spy video as of the moment. However, we suspect it to get no lesser than the important design cues of the E-Class, especially its outgoing coupe model.