Convertibles and roadsters have fallen by the wayside, but Mercedes has been overly bullish on them with models such as the C-, E-, S- and SL-Class as well as a drop top version of the AMG GT. 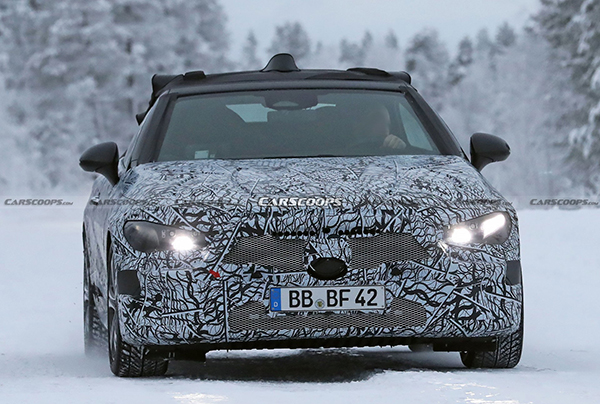 While variety is the spice of life, Mercedes has come to their senses and realized they don’t need a ton of convertibles. As a result, the S-Class Cabrio has been dropped and the next-generation AMG GT is expected to eschew its roadster variant as it has effectively been replaced by the redesigned SL. 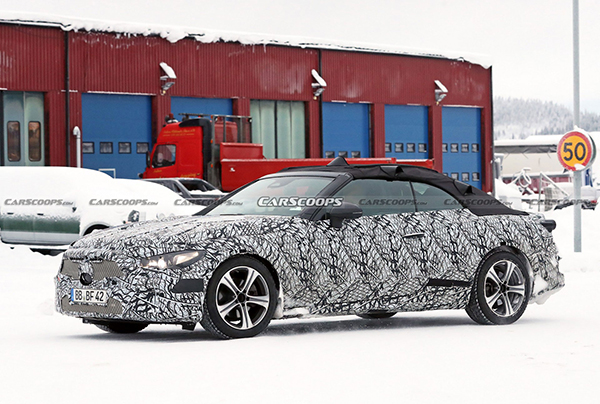 However, the company isn’t done chipping away at their convertible lineup as the C- and E-Class cabrios are slated to be merged into one vehicle. Rumored to adopt the CLE moniker, the model will be offered as a coupe and convertible, and spy photographers recently snapped the latter variant undergoing cold weather testing in Sweden. 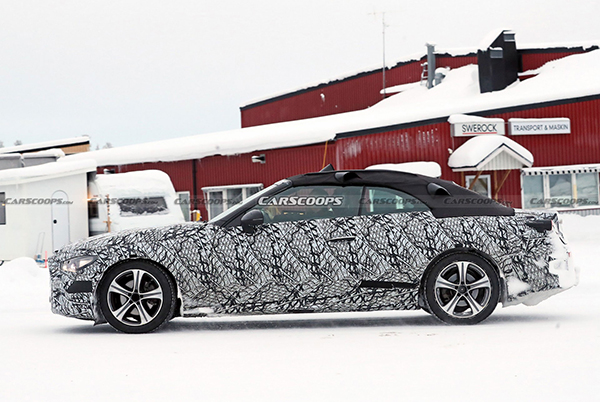 Expected to be based on the latest C-Class, the CLE is heavily disguised but appears to feature a sporty front fascia with unique headlights. Moving further back, we can see a sloping hood, a rakish windscreen, and curvaceous bodywork. They’re joined by an angular beltline, a slanted trunk, and what’s believed to be a retractable soft top. 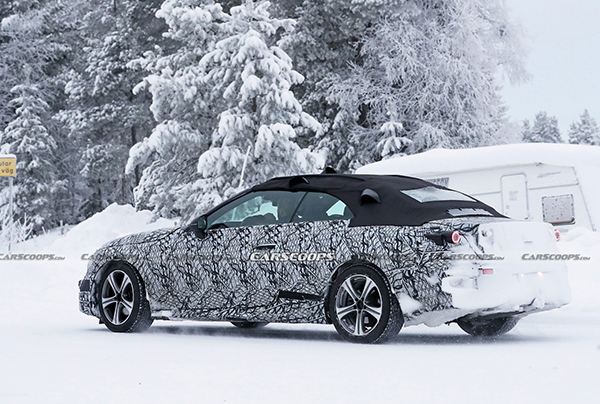 Spy photographers haven’t gotten a good look inside, but the cabin will presumably echo the C-Class. As a result, we can expect a 12.3-inch digital instrument cluster and an 11.9-inch infotainment system as well as traditional drop top features such as AirScarf. 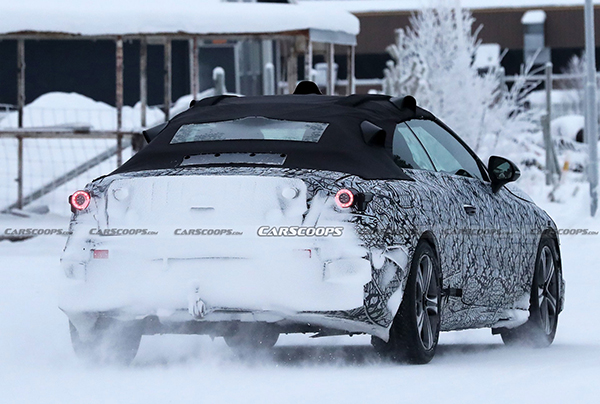 Engine options will likely be shared with the C-Class and this means we can expect a turbocharged 2.0-liter four-cylinder developing 255 hp (190 kW / 258 PS) and 295 lb-ft (400 Nm) of torque. We can also expect higher performance variants including a possible CLE43 / CLE53, which would presumably echo the upcoming C43 / C53.