After being spotted for the very first time just a month ago, our spy photographers have once again spotted the 2023 Mercedes-Benz CLE Coupe testing in public. This time, they got a little longer to look at the car and managed to shoot it taking on the fearsome Nürburgring. 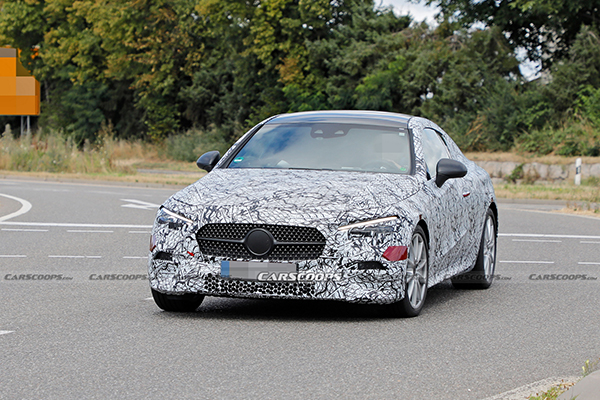 Although it’s still wearing camouflage to help Mercedes hide its styling cues, the light fell a little better on the car this time. That has better highlighted a pair of character lines near the windows, giving us a better idea of how the car will look once the wrap comes off.

The test car’s camo featured openings cut into the wrap to let air flow through during its track testing, giving us a slightly better view into the front fascia and grille design for the CLE. 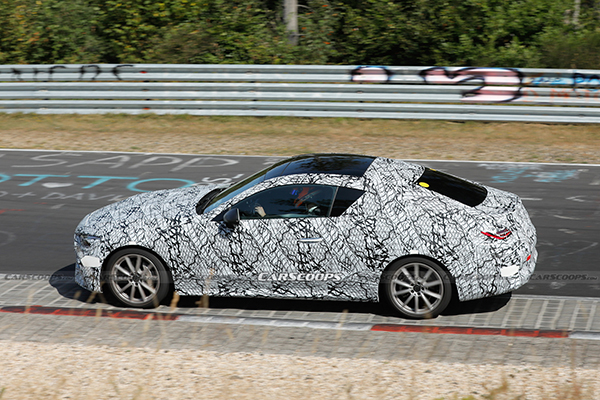 Elsewhere, a familiar single bar grille can be seen on both examples, albeit the one on track has more chrome in it. In both cases, though, it’s flanked with C-Class-style headlights, which makes sense given this coupe’s positioning.

Designed to replace both the E-Class and the C-Class coupe, the CLE will help Mercedes simplify its lineup. The brand has been very tight-lipped about it, though, so much remains unknown about it. Even the name is speculative at this point. 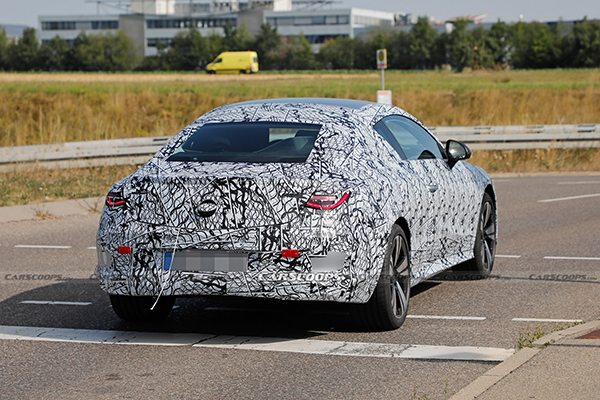 Inside, meanwhile, we would expect it to share much in common with the latest C-Class, and a familiar 12.3-inch digital instrument cluster is likely to join an 11.9-inch infotainment system. A convertible version of the CLE has also been spotted testing.

The CLE is expected to debut late this year, with production starting in 2023 at the Mercedes Bremen factory in Germany.