The coupe and convertible cars are constantly losing their market share, and that’s not a surprise given the continuous rise of the SUVs. Even the premium brands are now reconsidering their strategies in the two-door segment, and it seems that Mercedes-Benz will be among the companies that will reduce the number of coupes and convertibles in their lineups. We consider positive the fact the Germans won’t discontinue them altogether, though. 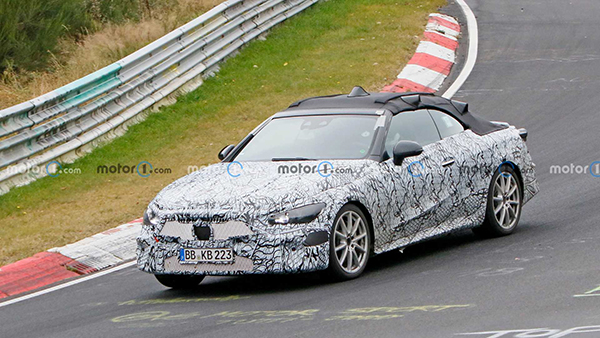 According to the early rumors, the CLE will be positioned between the C and E in terms of dimensions. In the brand’s model lineup, the new entry will take the spot between the CLA and CLS, though it will be available only as a coupe and a convertible. For now, no other body styles are considered. Both two-door models will ride on Mercedes’ MRA-2 platform, shared with the latest generation C-Class and S-Class. 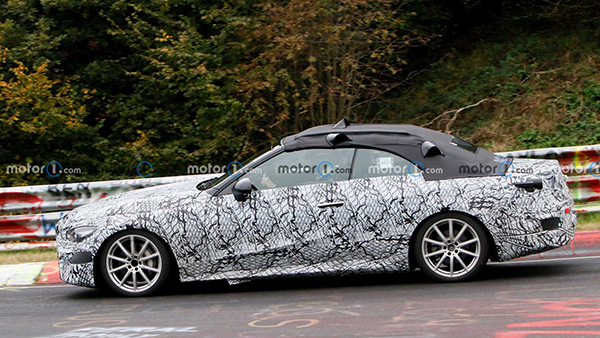 The prototype spied on the German track is covered by a full-body camouflage, and is not even wearing its production headlights and taillights yet. You can probably imagine what the overall shape of the car will be, though with so much disguise it’s difficult to judge the exact proportions. The weird disguise of the roof makes it even harder to draw a complete picture in our heads. 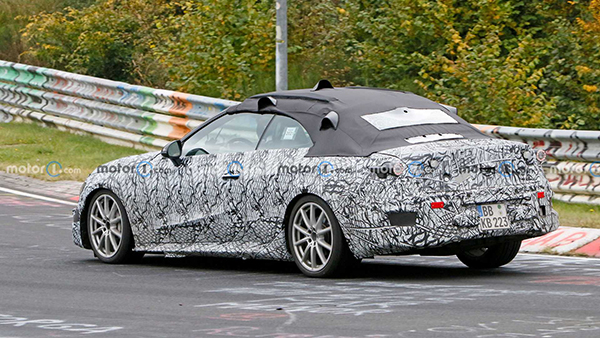 The all-new CLE-Class Convertible, together with the coupe variant, will likely debut towards the second half of next year before going on sale for the 2023 model year. We expect to see a lot more prototypes testing, so stay tuned for more details as we learn them.