Many iconic and highly exclusive vehicles pass through the RM Sotheby’s auction house. One of their most recent listings is a 1938 Mercedes-Benz 540 K Special Roadster in the style of Sindelfingen. You’re probably thinking, “What does that even mean?”. Well, let me tell you more about this car’s history. 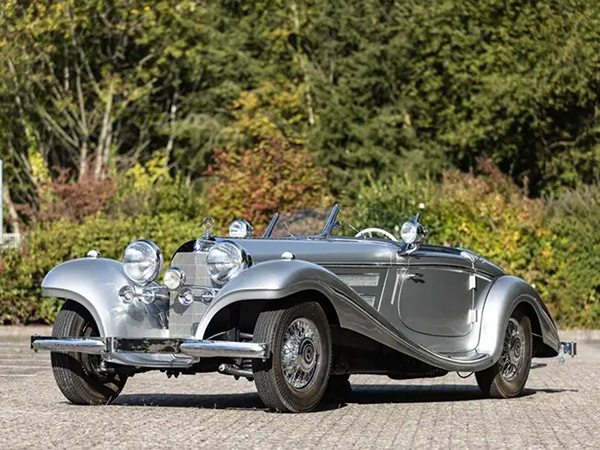 The Mercedes-Benz 540 K was a legend back in its time, and it remains one to this day. Along with its precursor, the 500 K, the two models formed the auto maker’s driver-orientated luxury portfolio in the 1930s. Even though the 540 K inherited the very same independently sprung chassis design from its predecessor, it boasted increased engine capacity. It was fitted with a 5,401 cc straight-eight engine with a Roots-type supercharger. With some help from the Kompressor, the 540 K could reach speeds of about 170 kph (105 mph). Imagine how it must have felt back then to hop on this striking ride and fly down the road.

The vehicle was provided in many versions. Its chassis was built by the company’s Untertürkheim factory, and the Singelfingen coachbuilding facility produced the cabriolet or coupe body design. The most sought-after model came in the Cabriolet B spec, which accounted for 190 four-seater soft-tops out of the 419 total vehicles produced. The Special Roadster was by far the most desirable model. 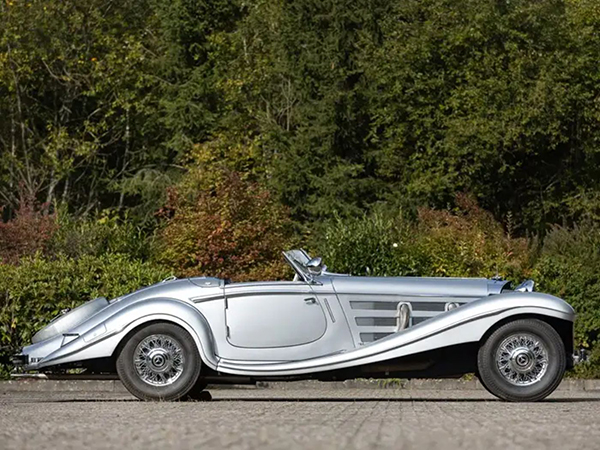 The Sindelfingen 540 K’s body evolved throughout the years – the initial low-door style was replaced by the long-tail, high-door design. It’s a stunning and smooth look, with the side skirts flowing into the upturned trail. The doors curve back into the concealed top, and the set-back radiator hints toward what you might find under the car’s hood. Even though this car is nearing its 85th birthday, it has a timeless, sophisticated design.

This majestic Special Roadster is a certified model with an internal document issued by Daimler-Benz, numbered 265396. It was completed on February 25, 1938, with the Cabriolet B spec and was destined for Maurica Zamaria in Tel Aviv, Israel. However, this is where things took a wild twist. Due to the global instability caused by the war, the vehicle never managed to leave the country. It’s reported that the 540 K was discovered after the war in Germany, with its body destroyed by munitions.

From that point until the early 2000s, we know little about what happened with it. It’s said that whatever survived from the car was taken to Prahl Klassische Automobile of Preußisch Oldendorf, Germany, to be restored between 2004 and 2006. With the Special Roadster form in mind, the workshop breathed new life into the car by building a new body shell. 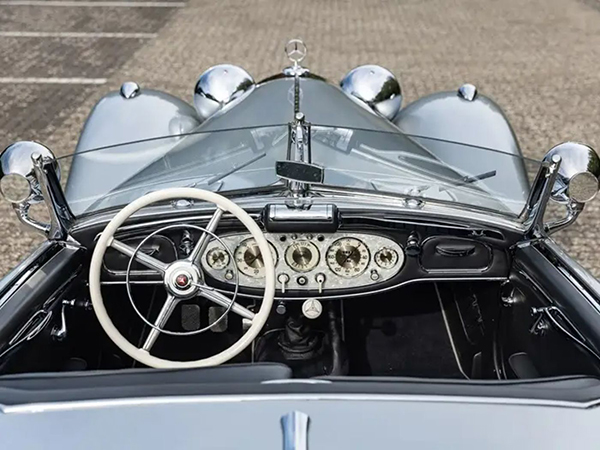 It fitted the 540 K with elements such as a black leather interior, a pop-up rear seat shelf, and an uncovered spare wheel. The vehicle retains the matching-numbers chassis and engine of the Cabriolet B donor car. Keep in mind that it spent lots of time as a static display as part of a collection, so it requires an extensive mechanical inspection before it can hit the road.

Of course, as you might expect, this 540 K Special Roadster comes with a price tag just as exclusive as the vehicle itself – RM Sotheby’s listing suggests somewhere between €1,200,000 – €1,600,000 ($1,246,000 – $1,661,000). You’ll get one of the most elegant cars of its era, packing legendary supercharged Mercedes-Benz power. Whether you want to unleash it on the road or hide it away somewhere, this 540 K is a fantastic addition to any car enthusiast’s collection. Those interested should hurry up – it will be offered on Saturday, November 26, 2022.