In the summer of last year, Mercedes-Benz joined the ever-increasing ranks of carmakers who promise to go fully electric by the end of the decade. It was a bit of a surprise, considering how at the time, the German company was the first of its caliber to announce such a move, but the announcement did come with a fine print. 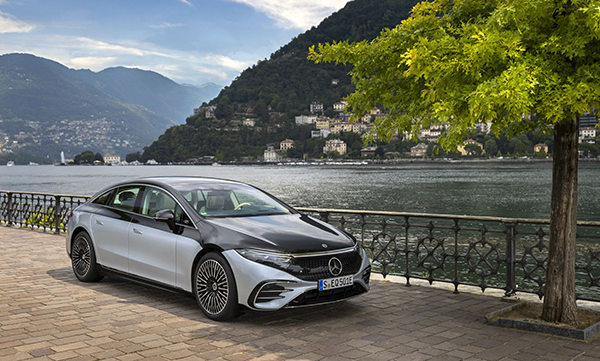 That fine print stated that Mercedes would switch to electric-only vehicles by 2030 only where “market conditions allow.” The company didn’t go into details about what those markets are, but it’s likely they are first considering Europe, where legislators plan to enforce a continent-wide ban on new ICE car sales from 2035.

Even so, the need for specific hardware, especially batteries, will probably explode, and Mercedes does not plan to get hit by shrapnel when it does.

Like many others, it too is moving toward a future when it could support those needs on its own, and the latest step in that direction was announced this week as a collaboration with ProLogium Technology.

Based in Taiwan, the company describes itself as “the first battery company in the world to mass-produce solid-state lithium ceramic batteries,” and will from now on also work, together with the Germans, on solid-state battery tech.

According to the data available, Mercedes will make a “high double-digit million EUR investment in ProLogium,” (exact value not disclosed), and will get a seat in the Taiwan company’s board of directors in return.

“We believe that range and efficiency are the new industry benchmarks for electric cars,” said in a statement Daimler’s Markus Schäfer

“Solid-state technology helps to cut down battery size and weight. This is why we are partnering with companies like ProLogium to ensure that Mercedes-Benz continues to break new ground in the automotive sector – for the benefit of our customers.”

At the time of writing, there is no info on when the investment will take place, or when Mercedes will begin using the new ProLogium tech.