Mercedes-Benz is in hot water in Australia as the country’s consumer watchdog, the Australian Competition and Consumer Commission (ACCC), has filed a lawsuit against it. 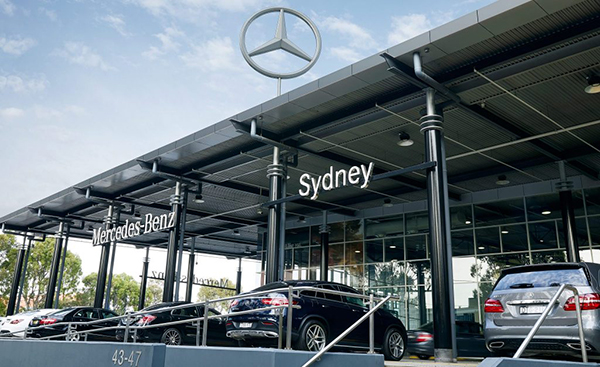 The automaker is accused of having downplayed the risks of driving with defective Takata airbags. The ACCC alleges that Mercedes staff told customers it was “okay” to continue using vehicles that were more than six years old and that the recall was precautionary.

The ACCC asserts that consumers were exposed to potentially serious injury or death as a result of the actions Mercedes is claimed to have taken.

“These alleged representations used language which was inconsistent with the requirements of the compulsory recall notice,” the ACCC said, per Reuters.

Takata airbags are part of the world’s largest recall, affecting 100 million vehicles of numerous brands around the world. The parts were found to be defective and could send deadly shrapnel flying through the cabin.

Mercedes, though, claims that its vehicles only used so-called “Beta” airbags, not the Alpha ones that were associated with the highest risk by the ACCC.

The “recall process overseen by the ACCC did not require affected Mercedes-Benz vehicles to be off the road or owners to cease driving them until the repair was undertaken,” said the company.

The ACCC counters, though, that its recall notice included both the Alpha and the Beta airbags, citing a death in Sydney that was attributed to the lower-risk part.

Daimler, Mercedes’ parent company, says it has replaced 97.7 percent of affected airbags to date and that it has cooperated with the ACCC through its investigation.