The soft-closing door feature found on products like the Mercedes-Benz S-Class is a rather convenient one as it ensures that the door always seals itself securely. This feature uses a compact mechanical motor to shut the door tight once it has made contact with the frame. It turns out that this mechanism is a pretty tough one. So tough, in fact, that it was able to sever a piece of a man’s thumb right off his hand. A similar incident occurred back in 2018 with a Jaguar XJR. 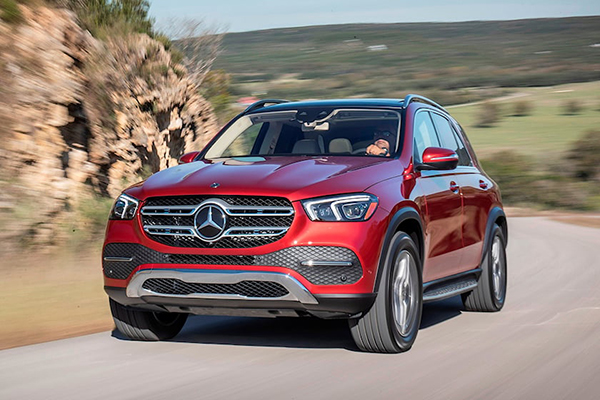 This complaint is a bit more serious than the one that suggested the brand’s cars did not offer adequate leather upholstery, and another that concerned defective paintwork.

As Car Complaints details, Richard J. Kastigar, Jr., who is chief deputy of the Pima County Sheriff Department in Arizona, is taking Mercedes-Benz to court after an incident with his 2020 Mercedes-Benz GLE 450 late last year. This event took place a year after he began his lease on the car.

Kastigar explains that while his back was facing the SUV, the thumb of his right hand was still inside the door column but, the mechanism suddenly applied its force to close the door. He adds that he felt his thumb being crushed in by the feature and was forced to watch it amputate the upper half. According to the surgeons “attempted to reconstruct the distal portion of Plaintiff’s right thumb. Sadly, by that time it was too late to restore Mr. Kastigar’s thumb to its pre-injury condition.”

The lawsuit adds that, due to the injury, Kastigar is expected to lose $500,000 in wages as he can no longer fulfill his duties. “A once proud and independent man who protects the public from harm now relies on his wife to assist him with going to the bathroom, showering, brushing his teeth, getting dressed, and buttoning his shirt. He has great difficulties holding a pen, feeding himself, tying his shoes, using tools, and assisting around the house with chores such as laundry and washing dishes.”

Due to this incident, it is alleged that the company’s soft-closing door feature needs sensors. The feature works as the brand intended it to but with no obstacle sensors included, there is a serious threat to the well-being of the owner’s hands. The lawsuit adds that the company should not be marketing this feature if protective sensors are not installed and that there is no warning surrounding the dangers.

Of course, this feature is not only found on Mercedes-Benz products. Manufacturers including Jaguar and BMW have also come under fire for this exact incident but interestingly, the BMW case that took place in April 2017 was dismissed by the judge. It was declared that this kind of injury was in line with owners who have been slamming fingers in car doors since the dawn of the automotive age. Fair point.