New “What If”! About a decade ago Mercedes-AMG gave us the brilliant 6.2lt V8, the last hurrah of naturally aspirated big engines from the German manufacturer. This engine was found in many cars, including (and most surprisingly) the AMG R-Class, a family minivan that almost nobody bought when new because well, it was crazy. I was thinking, what If they took the insanity to 11 and besides doing a 6.2 liter minivan, they also gave it the track-focused Black Series treatment? Behold the R63 AMG Black Series. The perfect school-run car, If the school is on the way to the Nürburgring, that is. 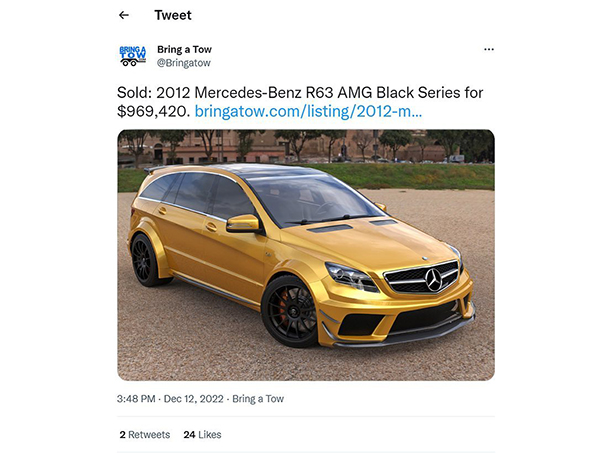 We just welcomed the news of Khyzyl Saleem, the virtual artist better known as the_kyza on social media, having a new YouTube behind-the-scenes series alongside Hagerty. Over the next few weeks, they will cook up lots of imaginative projects. 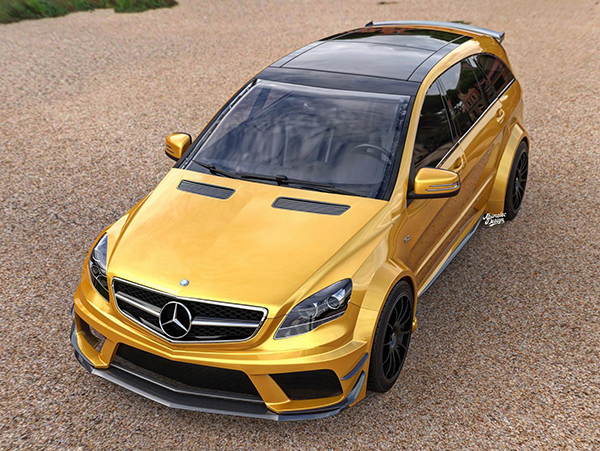 But let’s remember that Hagerty already partnered with an automotive pixel master some time ago. The company and Abimelec Arellano, a CGI expert better known as abimelecdesign on social media, have devised the quirky “What If?” series. Complete with lengthy articles that helped us delve into an alternate universe of cars that never lived in the past. And will never have a life in the future, either. 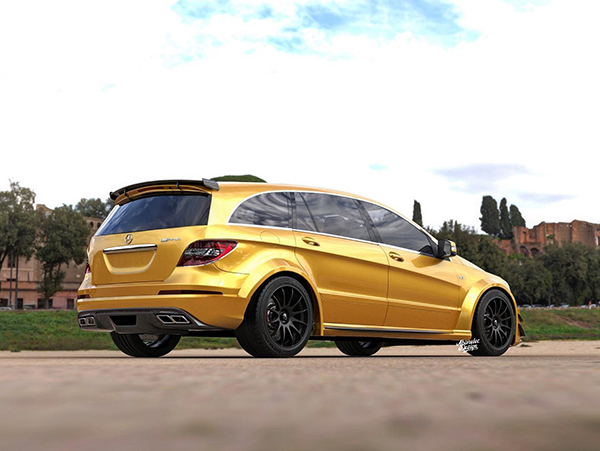 Still, that means one can have lots of fun with past, present, and upcoming models. The latest episode takes a golden turn (along with a series of other brash paintjobs) towards Mercedes’ failed R-Class. In case one does not remember it, that would be the soccer mom Mercedes-Benz minivan that did not even succeed in China. It was produced for model years 2006 to 2013 worldwide, and 2014 to 2017 for the world’s largest auto market. 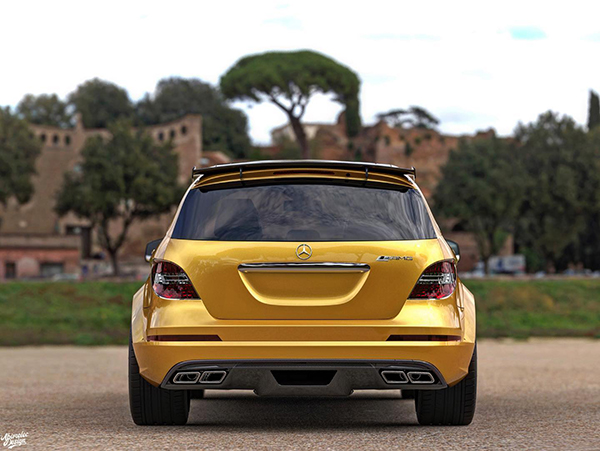 Now, of course, the digital content creator did not choose any other R-Class version. He went straight to the crazy AMG top for an alternative R 63 4Matic. One that would hypothetically convince somebody that it’s a proper collectible (it is, though only if you love fast MPVs, if you ask us) via an imaginary Black Series treatment. 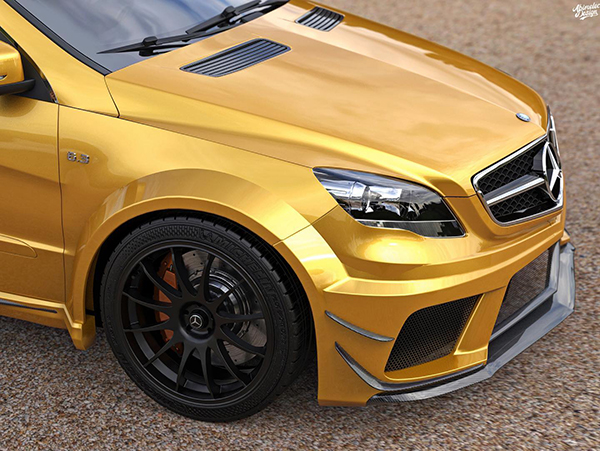 By the way, the author really cherishes one thing about R 63s. That would be their naturally aspirated last hurrah 6.2-liter AMG-manufactured V8. So, the thought process was simple: “what If they took the insanity to 11 and besides doing a 6.2-liter minivan, they also gave it the track-focused Black Series treatment?” And it came out complete, including with a Nürburgring school run, as well as a “Bring a Tow” listing for a 2012 example that almost hit the cool million-dollar mark.