If you stroll into a Mercedes dealer in the coming days, don’t be surprised if the salesperson is jumping through hoops to get you to buy an AMG model. According to a new Cars Direct report, the German automaker is offering dealers a bonus of up to $1,500 for each AMG model they can sell, which could translate into savings for consumers. The publication got the information from a dealer bulletin that noted the program began on April 1. 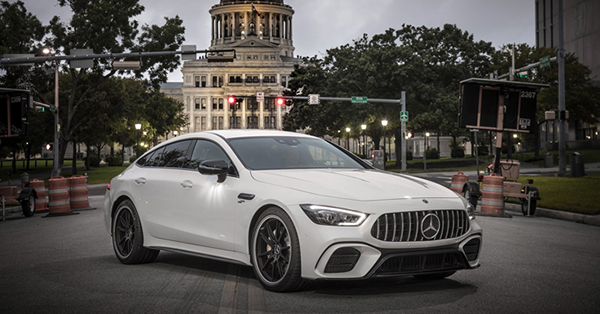 That $1,500 might not be going directly to consumers, but that doesn’t mean consumers will be left completely out of the loop. Cars Direct notes that these sorts of dealer incentives often result in driving down prices, which could help consumers save a few bucks at the negotiation table as dealers try to sell as many qualifying cars as possible to meet and surpass their monthly sales objective. If Mercedes dealers meet 100 percent of their monthly sales goal, they’ll receive $750 for each car sold. But if they hit 110 percent, the bonus grows to $1,500.

That might motivate dealers early in the month to negotiate more than they would otherwise. Over the last few years, Mercedes has really expanded the AMG lineup of cars, offering a breadth of models ranging from compact sedans to gargantuan SUVs. Mercedes doesn’t advertise its rebates, so scoring the best deal possible may not happen, though the occupancy does give dealers cash incentives to help lower prices. These hidden deals could save consumers a few more dollars on select models, though don’t expect a windfall.

Mercedes only plans to expand the AMG lineup further in the coming years as electrification takes over. Last month, the company announced a new E Performance plug-in hybrid powertrain while also revealing that it’s developing an electric vehicle that’ll debut later this year. Don’t expect any sweet deals on those right out of the gate.