German environmental group Deutsche Umwelthilfe (DUH) has published a report that claims that the Daimler Group employs a defeat device in its diesel engines. Their claims are backed by an analysis of a vehicle made by expert Felix Domke. We have the full report. 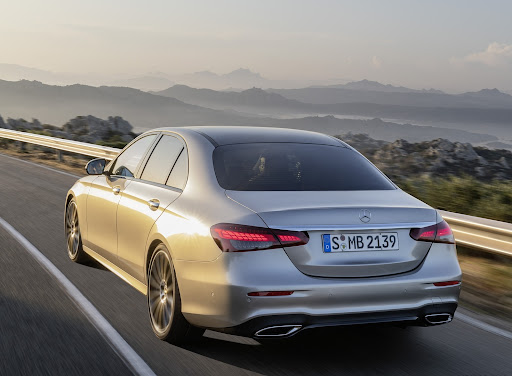 In a public report by Deutsche Umwelthilfe (DUH), dated November 5, 2021, the automaker is said to be using eight defeat devices in a Mercedes-Benz E-Class with Euro 6-classified diesel engine. These devices were previously unknown, effectively reducing nitrogen oxide emissions by a substantial amount.

Automotive software expert Felix Domke, commissioned by the US law firm Milberg, exposes the details in the published report.

According to the report, which involved an OM642 diesel engine-equipped 2016 Mercedes E 350d, six defeat devices are connected to the car’s built-in SCR catalytic converter, while two are related to the vehicle’s exhaust gas recirculation system.

These eight defeat devices were deemed illegal by the DUH, allegedly being used to misstate results during laboratory emissions testing. Domke reported that nitrogen oxide emissions are up to 500 percent above the legal limit when the car’s being driven on the road.

In the report, Domke said that one of the defeat devices “significantly reduces the amount of AdBlue injected, which is urgently needed to neutralize the nitrogen oxides in the SCR catalytic converter.” AdBlue decomposes diesel exhaust gasses, altering their composition.

On the contrary, Federal Motor Transport Authority (KBA) said that it is aware of the defeat devices and they are deemed not illegal, German newspaper Automobilwoche reports.

In 2018, Mercedes had to recall nearly 800,000 GLC and C-Class models in Europe due to a similar dieselgate scandal. KBA discovered no less than five defeat devices in diesel-powered cars, allegedly used by the automaker to cheat stringent diesel emissions regulations in Europe. It was a follow-up to a previous massive recall of Mercedes Vito vans in 2017 for similar reasons.

In 2020, the automaker had to pay around $2.8 billion to settle civil and environmental claims about the company’s diesel engine emissions control in about 250,000 vehicles in the United States.

The German automaker remains adamant with its stand, as it was when the issue first surfaced a few years ago. “In our view, these are not to be assessed as illegal defeat devices in the interaction and overall context of the highly complex emission control system,” a Mercedes-Benz spokesperson told Autocar.