Mercedes-Benz owners are promised an ultimate in-car audio experience by the car manufacturer, with the company recently announcing that it plans to bring Dolby Atmos technology to several of its top models. 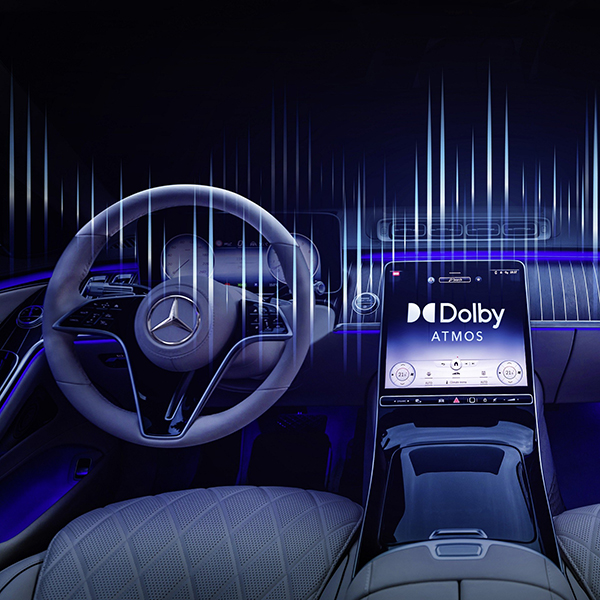 Thirty-one loudspeakers and eight exciters will offer audiophiles an immersive, upgraded sound, according to Daimler, with speakers also being mounted into the seats of the vehicles.

The technology will be used with the optional Burmester 4D and 3D sound system and also integrated into the Mercedes-Maybach and then the Mercedes-Benz S-Class models.

Burmester’s hardware with a total power of 1,750W consists of two amplifiers, 31 speakers (with six 3D speakers that emit sound from above, four in the front seats, and an 18.5-liter subwoofer), and eight exciters, mounted two per seat. This sound system comes installed in both the S-Class and Maybach.

As boasted by Britta Seeger, Member of the Board of Management at Daimler AG and Mercedes-Benz AG Sales rep, Mercedes-Benz is one of the first luxury car brands in the world to rely on this technology and, along with the Burmester sound system, will transform the vehicle into a live concert venue, with both the driver and passengers benefiting from the multidimensional sound.

Going beyond the capabilities of mono or stereo, Dolby Atmos Music boasts of adding more space, depth, and clarity to the music, being able to adapt to any playback environment.

Daimler specifies that the Mercedes-Maybach with integrated Dolby Atmos will be available starting next summer. More models will follow, including the ones equipped with the new MBUX (Mercedes-Benz User Experience) multimedia infotainment system introduced with the new S-Class.

Dolby Laboratories announced just a month ago a new partnership with Cinemo, an infotainment solutions company that has some important brands in its client base. Bugatti and Honda are two of them. Dolby and Cinemo plan to work together to bring Dolby Atmos sound quality to more cars.