The most expensive version of the GLC could be the best. It’s the most powerful GLC we’ll get – before Mercedes-AMG launches its performance variants – and the extra oomph is welcome. The plug-in hybrid system is one of the best around, however it’s a shame the impressive technology, refinement and efficiency has caused the GLC’s weight to shoot up. It’s an improvement on the old car in all key areas, so the GLC’s global success looks set to continue. 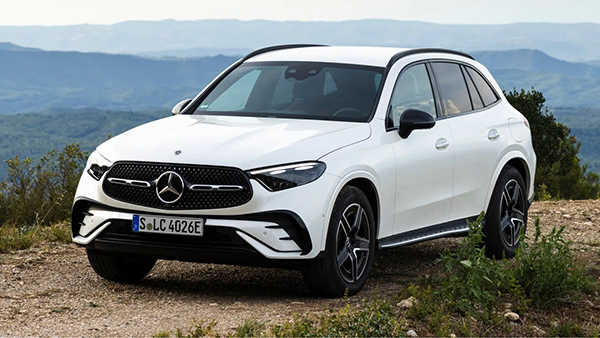 Mercedes has somewhat cornered the diesel plug-in hybrid market of late. None of the usual premium rival brands have alternatives in this segment, leaving the new GLC 300 de without much competition.

So has a lack of competition made this diesel plug-in hybrid, mid-sized family SUV soft? Well, the GLC and all its variants still have the title of ‘best-selling Mercedes globally’ to live up to, so the pressure is still on.

We’re trying the GLC 300 de in range-topping AMG Line trim here. The other trim level is Avantgarde and both are available across the full GLC range. 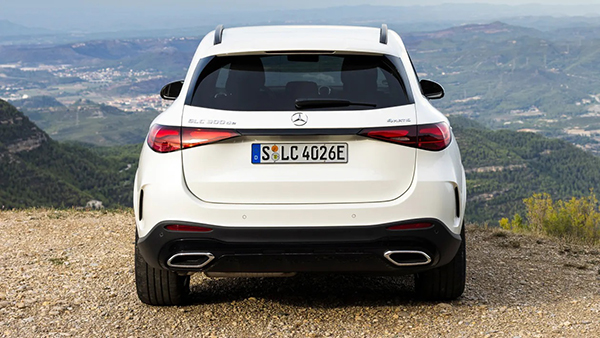 Like every GLC model, open the bonnet and you’ll find a four-cylinder with electrification. Here, it’s a 2.0-litre turbocharged diesel which pumps out 197bhp. The electric motor produces 134bhp for a combined 329bhp. They’re well integrated with each other, as evidenced by the fact they each conjure up 440Nm of torque, with the GLC 300 de offering a chunky 750Nm of torque in total.

The diesel engine delivers its maximum power between 1800rpm and 2800rpm to all four wheels. Below and above that the electric motor starts to pick up any slack with a seamless transition of power delivery.

Should you wish to stretch the legs of the GLC 300 de you’ll find its acceleration is actually slower than the previous model. The 0-62mph time of 6.4 seconds never feels sluggish though, but we expect there may be quite a gap to the incoming sporty AMG variants. Our car was fitted with the optional 15-speaker Burmester sound system which manages to deliver a nice, deep burble. Don’t worry, this can be turned off if you’re not a fan of faux engine noise. 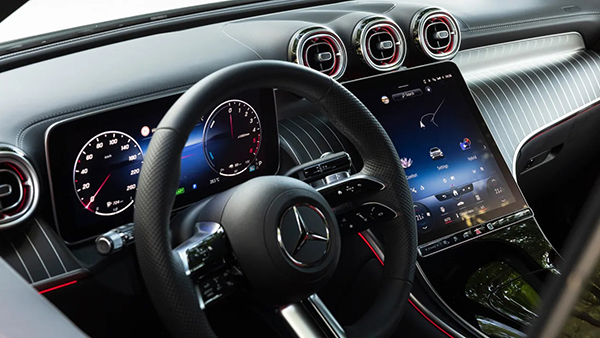 The GLC 300 de is 60kg heavier than the petrol-electric 300 e at relatively portly 2,415kg. Mercedes has done well in masking much of this weight with direct, nicely weighted steering and a responsive powertrain – even the nine-speed automatic transmission changes gear swiftly if you use the paddle shifters. However, sharp inputs and tight turns quickly highlight some expected body roll.

Any version of the GLC is much happier when cruising along at motorway speeds. We tested the 300 de with the adaptive air suspension which sadly won’t be coming to the UK – we’ll have to make do with the standard multi-link set up instead. Even in the hardest ‘Sport’ setting, the ride was still silky smooth, which bodes well for the simpler suspension we’ll get.

Much of this refinement can be attributed to the addition of what Mercedes says is ‘S-Class levels of sound deadening’. It’s easily up there with the best in its class and could even give a few luxury limousines a run for their money in terms of quietness. 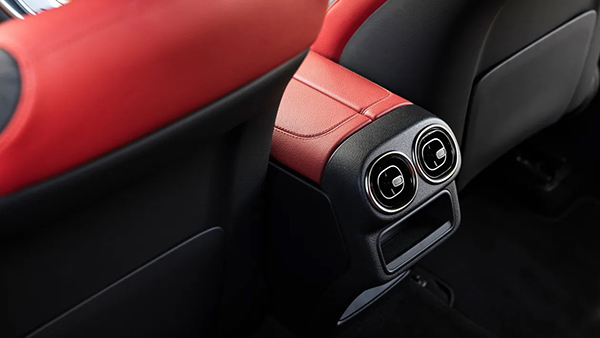 For even less noise, switch to ‘Electric’ mode and Mercedes claims an all-electric range of up to 81 miles – more than any other plug-in hybrid currently on sale. This is down to the 31.2kWh battery, a big upgrade on the previous model’s 13.5kWh battery which offered a 28-mile range. This range helps the 300 de move two spots down the BiK ladder to just 5 per cent. Only fully electric cars are cheaper to tax.

If you’ve seen the inside of the latest C-Class, none of the GLC’s interior will be a surprise. There is an 11.9-inch central touchscreen and a 12.3-inch digital display for the driver. The infotainment uses the latest MBUX system and it’s wonderfully easy to use, with all the key features being easily accessible. Our car also had the optional head-up display which showed all the information you’d want without being a distraction.

The quality of materials in the GLC is excellent. It’s almost identical in design to larger models like the S-Class and the fit and finish is up there too. The seat adjustment and the steering wheel buttons are a little fiddly, plus we’d warn against choosing piano black for the dash as it’ll scratch and show up finger marks quickly.

Overall though, the cabin is up there with the best in the premium mid-size SUV sector. There’s decent enough visibility from the driver’s seat, rear occupants won’t be lacking for space and there’s more boot space than PHEV versions of the Audi Q5 and BMW X3.