Once a niche, the crossover coupe segment has grown to include multiple products, not just from premium car brands, but from mainstream companies too. Mercedes has figured it out a long time ago that such rides do pay off, and they are now preparing the second generation GLC Coupe. 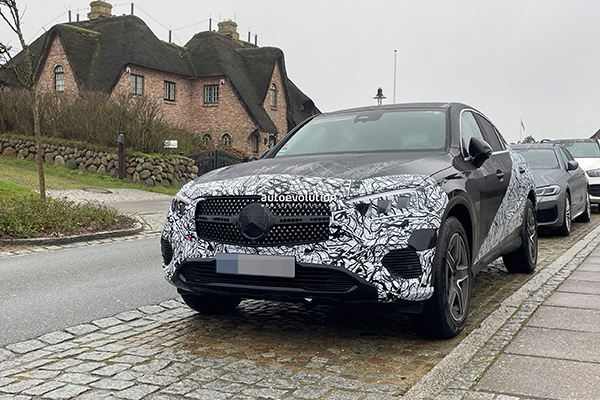 Spied parked on the side of the road in Bremen, Germany, this prototype had its front and rear ends, and part of the profile, under wraps. It has about the same overall footprint, new headlamps flanking the taller grille, and smaller taillights by the looks of it.

The signature trait, which will set it apart from the normal GLC, and will pin it against the likes of the BMW X4, is the roofline that is still heavily arched towards the rear. The front overhang is smaller than its predecessor’s, and the rear one appears to be slightly longer. This probably means that the cargo area has improved, although the roofline still eats into the headroom of backseat occupants. 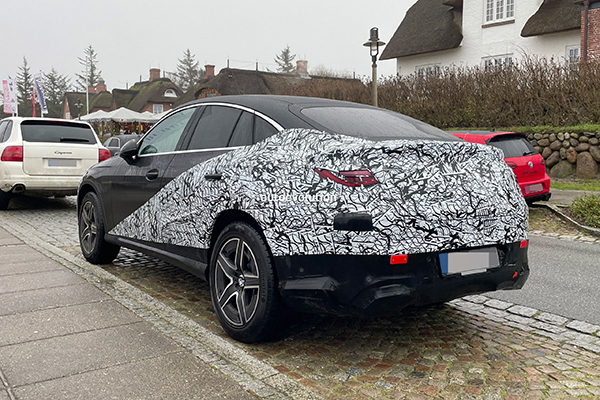 Left completely uncamouflaged, the interior has opened up to the camera too, and it is identical to the one of the new-gen C-Class. It has the same portrait-oriented infotainment screen in the middle of the dashboard, below the three air vents, a tablet-like digital instrument cluster behind the three-spoke steering wheel, the same layout when it comes to the center console, and door cards that are just about the same. Leather upholstery, front seats with extra side bolstering, and the usual ambient lighting are other traits of this pre-production car.

Beneath the skin, it will pretty much be identical to the latest C-Class, albeit with a higher ground clearance and dedicated suspension setup. It will launch with the usual gasoline units, which will be topped by the AMG 63 variant. Likely dubbed the Mercedes-AMG GLC 63 S E Performance Coupe, considering that the Affalterbach-developed C-Class is known as the C 63 S E Performance, it should use the same powertrain as the BMW M3 rival, which no longer sports a V8, but an electrified four-pot. 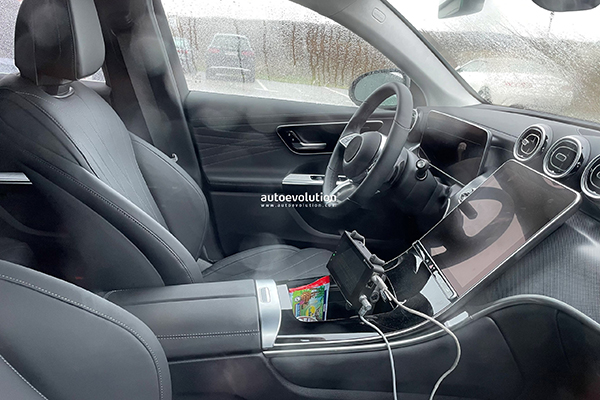 When will it be unveiled? That’s a very good question, as it is likely a few weeks/months away from the official event. By the time it gets its U.S. visa, it will be a 2024 model in all likelihood.