With the new-generation GLC finally unveiled two weeks ago, Mercedes-Benz can concentrate its efforts on further refreshing its crossover family with a brand new GLC Coupe. 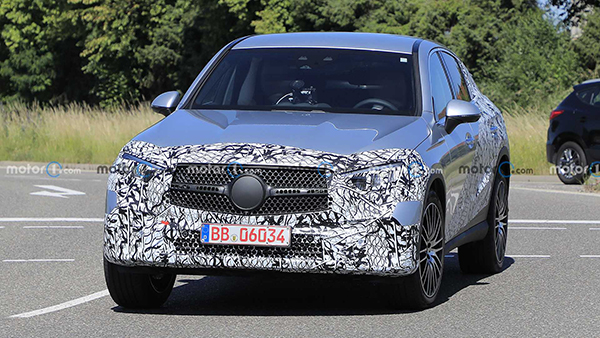 It’s easy to criticize the coupe-SUV for its somewhat odd shape, compromised practicality, and the premium it commands over the traditional body style. However, people seem to love these cars, so much so they’re no longer a luxury-only affair. The French have their Renault Arkana and Citroën C4, while Peugeot is within months of unveiling the 4008. For something with more pizzazz, the second-generation Mercedes GLC Coupe is on its way.

Our spies have stumbled upon a camouflaged prototype of the new GLC Coupe, about two weeks after the regular model received its world debut. It has already lost a good chunk of its disguise since a full camo would’ve been pointless considering we all pretty much know what it’ll look like. Riding on 20-inch wheels, this near-production test vehicle showed off its swoopy roofline and the ducktail spoiler. 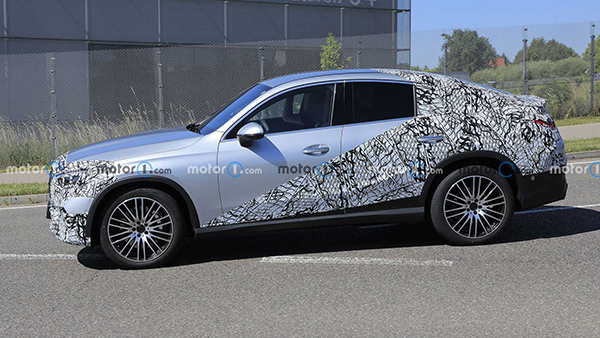 It would seem Mercedes has made the extra effort to give it slightly different taillights as the visible LED graphics are unique to the GLC Coupe. Sadly, one thing that won’t change compared to the regular model are the faux exhaust finishers as we can see the real tips are tucked away beneath the rear bumper. Elsewhere, the prototype is a spitting image of the 2023 GLC, except for the obvious changes to the greenhouse to accommodate the sleeker quarter glass.

With the standard model’s drag coefficient going down to 0.29, expect a similar improvement for the GLC Coupe. Expect a wide array of mild-hybrid gasoline and diesel engines, joined by plug-in hybrid powertrains and the two AMGs. All of them will have four-cylinder engines, but there might be a six-cylinder GLC Coupe 400d. Rear-axle steering at up to 4.5 degrees is also planned, along with air suspension for a silky-smooth ride. 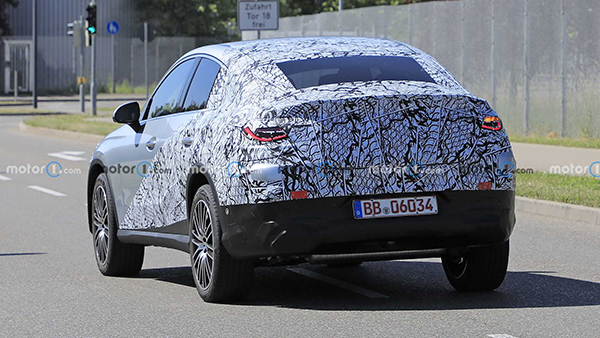 Although our spies couldn’t capture the GLC Coupe’s interior, the cabin will be largely inherited from the regular model, which itself took it from the C-Class W206. That means more than a few resemblances with the S-Class, but obviously not the same level of refinement and comfort. The massive changes on the inside will allow Mercedes to better compete with Audi’s Q3 Sportback and BMW’s X4.