In June this year, just a few days after the official debut of the new Mercedes-Benz GLC, our friends and colleagues from Kolesa.ru made an early rendering showing a potential look for the coupe version of that model. Now, following a number of GLC Coupe prototypes spied testing on public roads, the publication’s renderers present an updated version of their digital drawing showing the vehicle with what we believe is a design that is very close to the actual production design. 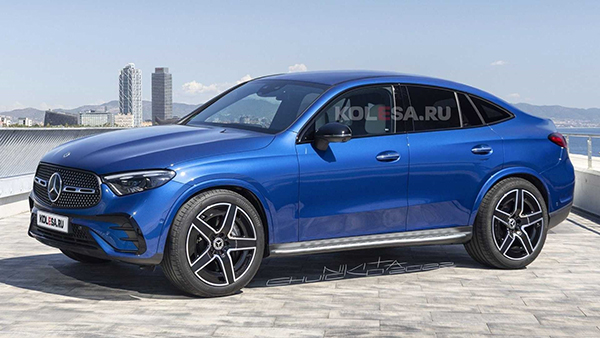 The last time we spied the GLC Coupe, our photographers caught an AMG-branded trial vehicle testing around the Nurburgring. This rendering doesn’t depict the range-topping version but instead shows a more regular variant. This can be best seen at the front, where the grille doesn’t have the AMG’s aggressive pattern and the large air openings in the bumper. At the back, this visualization proposes a design without a cost-to-coast LED strip connecting the taillights as seen in the earlier rendering.

With the new GLC out, it’s not really difficult to predict what the Coupe version will feature in terms of hardware. Since its launch, the 2022 GLC has been available only with four-cylinder engines and the US market has the GLC 300 and the GLC 300 4Matic variants on sale. Both come with a 2.0-liter mill, producing 258 horsepower (192 kilowatts) and 295 pound-feet (400 Newton-meters) of torque. An integrated starter-generator system provides an additional 23 hp (17 kW) and 148 lb-ft (200 Nm) of torque boost. Regardless if you go for the FWD or AWD version, you always get a nine-speed automatic as standard. 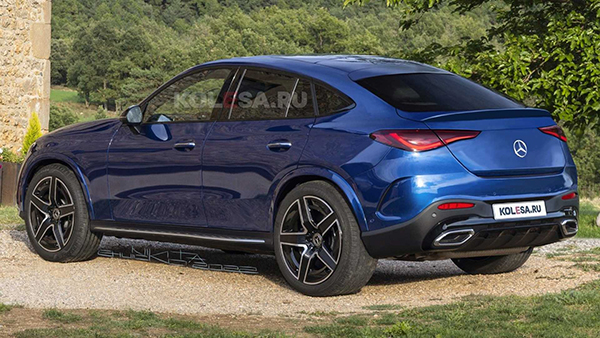 Even the range-topping AMG GLC 63 models – both in standard in coupe form – will feature a 2.0-liter engine. We believe the powertrain will be shared with the new C63, which means a four-cylinder unit with an electrically assisted turbo and a rear-mounted electric motor will generate a peak output of 671 hp (500 kW) and 752 lb-ft (1,020 Nm) of torque. Unlike the new C-Class, the GLC and GLC Coupe will both receive a six-cylinder engine – a new diesel mil for the 400d model, though it won’t be available in the United States.

We were expecting the new GLC Coupe to arrive before the end of the year but so far there have been no signs of an imminent debut. Still, we believe the full and official debut of the coupe-SUV from Stuttgart is not far off.