Soon after Mercedes-Benz unveiled the new-generation GLC, one of our readers has spied the SUV in a performance-oriented AMG guise. 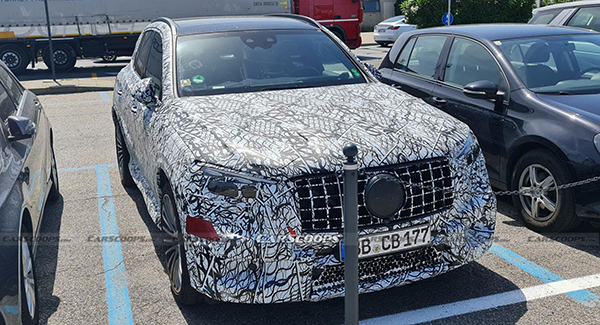 Six variants of the new GLC have been officially announced by Mercedes-Benz, including three mild hybrids and three plug-in hybrids. However, we know that the range will grow further and include at least two AMG-badged models, likely consisting of the GLC 43 and GLC 63.

CarScoops reader Velibor Zjačić came across this prototype in the beautiful Italian city of Trieste. While it is covered in camouflage, the four round tailpipes at the rear point towards it being a GLC 43 model. 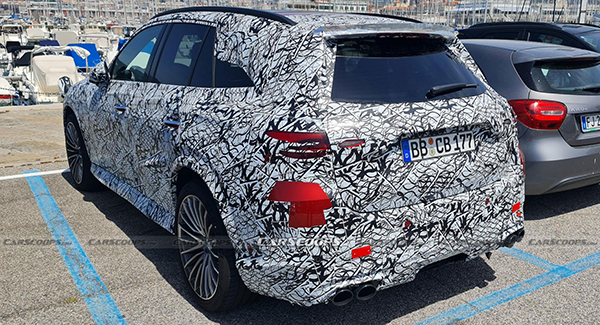 While technical specifications about the GLC 43 remain under wraps, it will likely be equipped with the same powertrain as the new 2023 Mercedes-AMG C 43 4Matic. As such, it should ditch the V6 of the previous-generation model in favor of a 2.0-liter turbocharged four-cylinder incorporating 48-volt mild-hybrid assistance which in the C 43 produces a total of 402 hp and 367 lb-ft (500 Nm) of torque.

This engine will be coupled to an all-wheel drive system and a nine-speed automatic transmission. Given that the C 43 sedan can hit 62 mph (100 km/h) in 4.6 seconds, we think it’s likely the GLC 43 will be capable of a similar figure.

Of course, customers after even more power will be able to opt for the new GLC 63. This model could have the same powertrain as the 2023 C 63 E Performance, namely a 2.0-liter turbocharged four-cylinder with a 48-volt mild-hybrid system that alone produces 464 hp. Mercedes-AMG also adds a 198 hp electric motor to the rear axle, resulting in a grand total of 661 hp and 553 lb-ft (750 Nm) of torque in the sports sedan.