We’ve seen spy shots of the next-generation Mercedes-Benz GLC and of the AMG 63 range topper, but this is our first encounter of the “AMG Lite” version, which may or may not keep the “43” designation. German magazine Auto Bild reports the AMG C43 will be promoted to the C45 moniker for its next iteration, and if that’s going to be the case, logic tells us so will the GLC 43 since it’s more or less the same vehicle in a crossover body style. 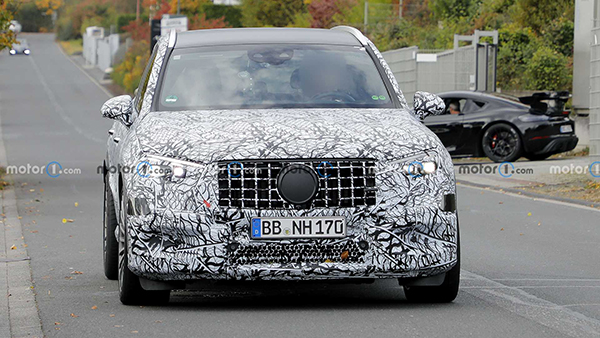 Naming aside, the dead giveaway we’re dealing with the lesser AMG derivative is at the back where the prototype had quad round exhaust tips instead of the 63’s angular finishers. We also have a fresh batch of spy shots depicting the hotter version and it’s fairly easy to notice the test vehicle has chunkier brakes necessary for the extra oomph coming from under the hood. 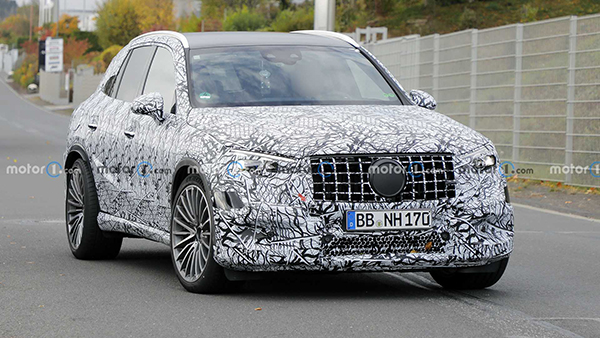 As with the spicy C-Class derivatives, both AMG flavors of the GLC will be losing quite a few cylinders. The 43 model will go down from a twin-turbo 3.0-liter V6 to a 2.0-liter four-pot while the 63 model is going to swap out the twin-turbo 4.0-liter V8 for a similar M139 unit as the GLC 43, with both featuring different configurations adapted from the engine powering the compact 45-badged cars. 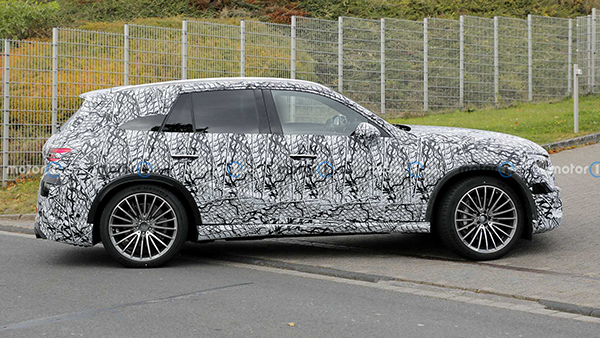 Despite the downsizing, we’re expecting more power in both instances. In the C63’s case, it will be a plug-in hybrid with an electric turbocharger borrowed from the One hypercar to eliminate turbo lag. The hybrid setup will likely deliver over 500 hp at all times and provide a temporary peak torque in excess of 600 hp, thus easily surpassing the current C63 S with its 503-hp output. 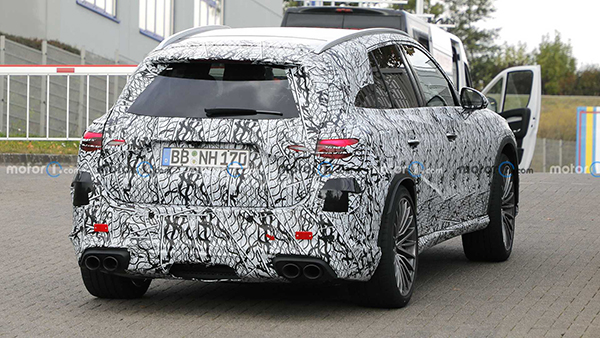 As for the GLC 43 replacement, it might not be a hybrid with an e-turbo, but it should still surpass the current model and its 385 horsepower seeing as how the combustion engine alone in the “45” cars is good for up to 416 hp.

We will learn more about the powertrains of the performance GLCs soon as the AMG C43/45 is inching closer and the C63 is not far behind, with both likely set for a 2022 release. The standard next-gen crossover is slated for next year, with the AMGs possibly arriving in 2023.