Someone in Stuttgart is surely prepping a banner with the words “Welcome Back, Arnold Schwarzenegger In a Font That Looks Like Lightning Bolts” splayed across it. That’s because Mercedes officially announced plans to bring an electric G-Class into production. Instead of spending a seven-figure sum to convert an old G into an EV, the former governor of California—or you, if you have lots of money—will soon be able to saunter over to the nearest Mercedes dealer and drive off in a factory-built model. 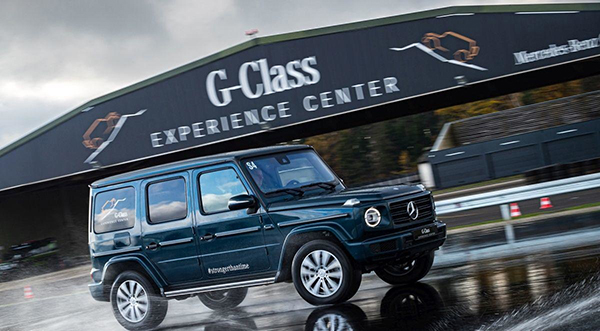 The electric G-Class is part of an onslaught of EVs the three-pointed star has plans to produce in the coming years. Alongside the forthcoming EQS flagship sedan, the German luxury brand will also sell a smaller EQE sedan, as well as EQS and EQE crossover SUVs. All four of these models will utilize the brand’s Electric Vehicle Architecture, which, as its name implies, is dedicated to EV models. A second electric-specific platform, dubbed the Mercedes-Benz Modular Architecture, will underpin the brand’s compact and midsize EVs starting in the middle of the decade.

It’s not just Benz-badged vehicles that will embrace electric powertrains, though, as Mercedes also announced the power source will find its way to AMG and Maybach models, too. In fact, we expect to see plug-in gasoline-electric hybrid variants of AMGs within the next year or two. It also wouldn’t surprise us if the brand’s EQS and EQE sedans and SUVs welcome Maybach-badged stablemates that feature even greater opulence.

Still, it’s the promise of a G-Class EV that excites us most. After all, the GMC Hummer EV SUV will need some competition in the electric off-road marketplace. The bigger question, however, is, which boxy off-road-ready EV SUV will Schwarzenegger put his weight (and money) behind?