Although we’ve seen the updated G-Class testing before, the last shots we got were taken in the nighttime and were of the high-performance AMG G63 model. These shots, taken during the day, seem to reveal a little more of the standard G-Class.

Camouflage covering the front and rear of the SUV but not the doors still hides much, though it does suggest that the changes will be limited to those areas. Unlike the last time, this version does not have the side-exit exhausts and the grille does not possess AMG’s “Panamericana” styling. 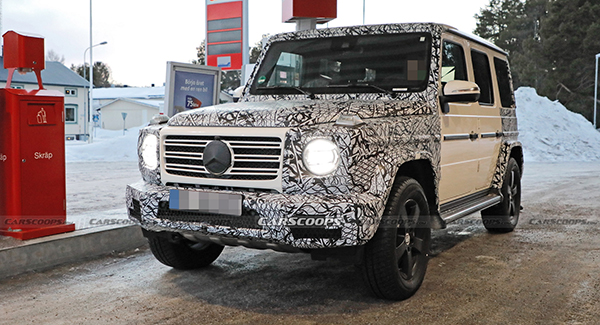 The camouflage over the bumpers, though, suggests the shape of the front air intakes could be changing, while camouflage over the windshield frame could hint at the possibility of an update there, too. The skid plate, meanwhile, appears to be more prominent than on the existing model. 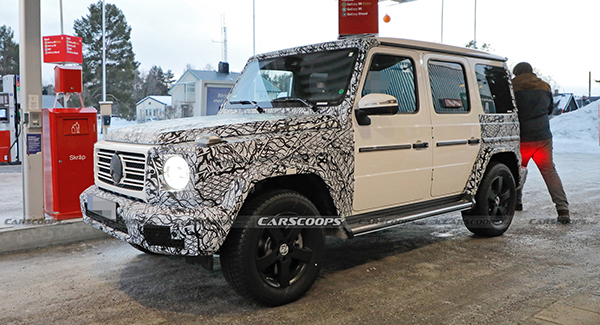 The lighting doesn’t appear to be changing and is uncamouflaged, all of the reflectors, though, are covered. Mercedes may have covered them for simplicity’s sake, though it might also be changing them slightly to help update the SUV’s appearance. 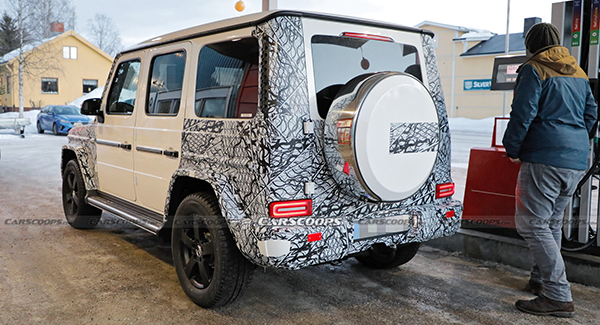 Although there are no shots of the interior, our spy photographers report that the dashboard and steering wheel were both hidden, suggesting that they might be in for an update as well. The SUV is expected to move onto Mercedes’ MBUX infotainment software, which should allow for more touch-sensitive surfaces and this will likely be the vehicle’s most significant upgrade. 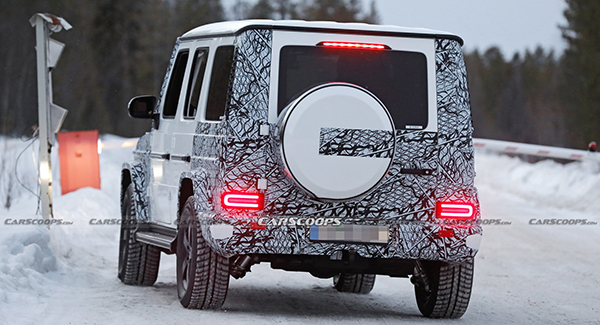 Since this is simply an update, Mercedes is likely to keep its powertrain options largely unchanged. The G63 model did not have any hybrid stickers, suggesting it might stick with its twin-turbo 4.0-liter V8 engine that in the current model is producing 577 hp (430 kW / 585 PS) and 627lb-ft (850 Nm) of torque.