It’s time for Rick Ross to expand his businesses and start getting involved with NFTs. And, with that, he partnered up with Meta Thugs, and a lucky person could win a G-Wagen, if they invest in it. Oh, and Ross talks about the giveaway while flaunting his Rolls-Royce Dawn. 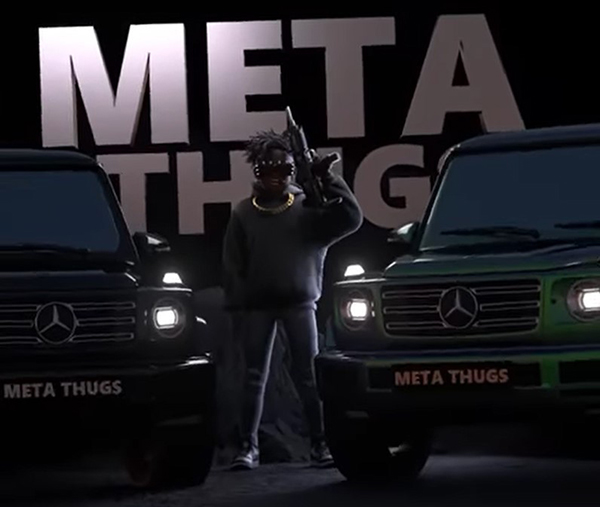 It looks like celebrities have (re)discovered the Rolls-Royce Dawn. Starting with Tyga, his ex Blac Chyna, and rapper PnB Rock, they’re all flaunting the beautiful convertible from the British luxury company’s lineup.

A car aficionado, Rick Ross couldn’t miss the opportunity to own a Rolls-Royce Dawn himself. Although he usually rides around in vintage Chevys, lately, the rapper has been promoting his latest album from his white convertible, giving a glimpse of the white-leather seats as he smiled wide at the camera.

As doing so, he also revealed that he’s “excited to be getting into the NFT space with @metathugs,” and “to celebrate this monumental event” they’re giving away a Mercedes-Benz G-Class.

Ross, who is also a businessman and record-label head, said the only requirement is to buy an NFT from their 3D collection. Given that DJ Khaled also has recently joined in the NFT space, and Takeoff partnered with Apes in Space, Ross’ decision to also join isn’t surprising at all.

Although he has been driving the Dawn lately, he couldn’t stop from visiting his black-colored garage, which includes several classic Chevys (and yes, the spotlight was on a Bel Air), but also a Mercedes-Maybach S-Class and a highly customized lifted truck, a Ford F-250, and you can see them all in the gallery. And he loves all of them.