Mercedes-Benz G-Class is arguably an icon in the motoring world because its boxy shape is instantly recognisable. It’s a bit like a German version of the Range Rover, with a focus on incredible off-road ability and luxury. 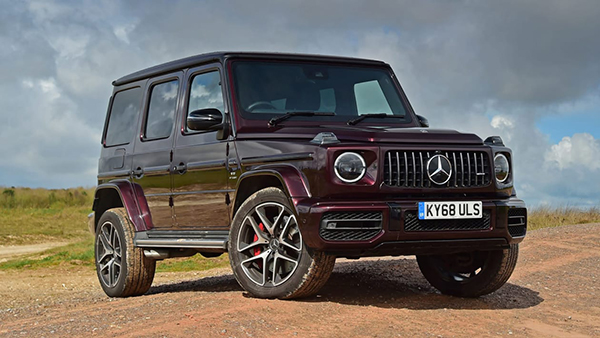 The W463 G-Class that appeared in 2018 (which we’re focusing on here) upped the levels of luxury and performance significantly, and despite its rather traditional, almost agricultural looks, it’s a very upmarket, expensive car, especially in top-spec AMG G63 form.

Yet its looks don’t deceive because the G-Class is a world-class off-roader, capable of taking you from Kensington High Street in London (where you’ll see many) to the middle of the Sahara Desert.

It’s often referred to as the Mercedes G-Wagen, and along with its off-road ability and luxurious interior the G-Class also brings incredible straight-line performance, strong practicality and the latest tech.

You’d expect it to be good, though, because prices start at close to £100,000 for a used model. For that money you’re looking at the excellent diesel version but many will be more interested in the incredibly fast V8 G63 AMG version.
Read on to learn all you need to know about this impressive large SUV when buying used. 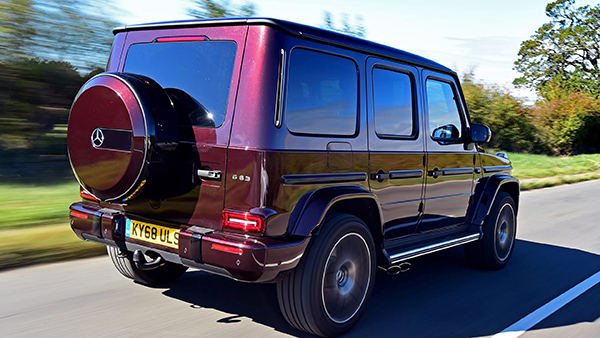 Mercedes G-Class History
The Mercedes G-Class story began in 1979, when the W460 model was launched. This isn’t officially a G-Class, but it’s where the G-Wagen name came from – Gelandewagen means ‘go-anywhere car’. This model was a basic off-roader that was used by farmers and the like, then in 1990 the first-generation G-Class was launched to replace it, and there was also a military version in the ’90s – that’s still in use around the world.

The Mk1 G-Class proved that a car could be a true off-roader and yet still appeal to Mercedes’ wealthy customers. All sorts of versions have existed over the years including some crazy V8 and V12 models, which were the genesis of the modern G63 model.

The current, Mk2 G-Class arrived in 2018, and there were just two engines available in the UK: the 350d diesel and the AMG G63, a petrol V8. Both used a nine-speed automatic gearbox and featured loads of tech, a luxury interior and four-wheel drive. 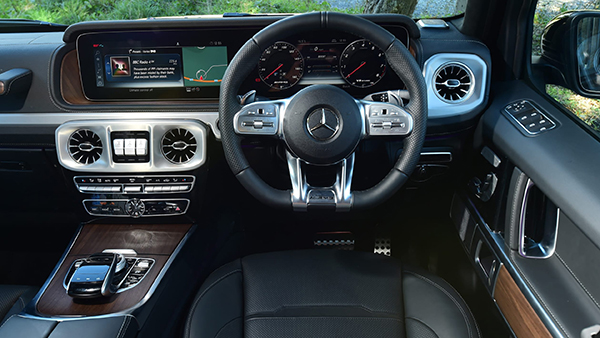 Which one should I buy?
There are two choices and which one to go for depends both on your budget and what you want from your G-Class. The entry model is the G350d, which has a 3.0-litre straight-six diesel engine producing 282bhp. This model is the sensible choice because it’s quiet, smooth and delivers comparatively decent fuel economy, yet has all the torque you need for serious off-roading and trailer-pulling.

Yet many will want the AMG G63 model with its 577bhp twin-turbo V8 engine. The 0-60mph sprint takes less than four seconds in this unlikely performance car but it’s nowhere near as refined as a Bentley Bentayga, one of the G-Class’s key rivals. 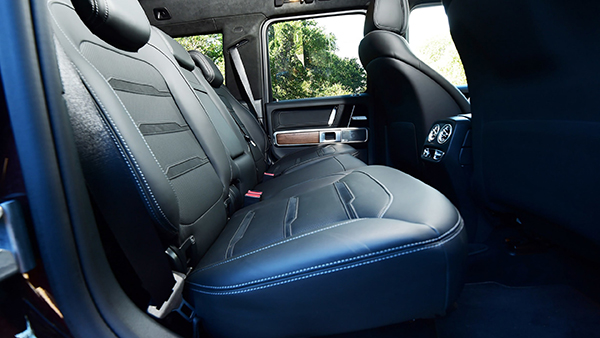 Alternatives to the Mercedes G-Class
The Bentley Bentayga is the clear rival to the G-Class because it costs around the same, offers a huge amount of luxury and prestige, and matches the Mercedes’ performance figures. It’s comfortable, smooth and luxurious.

Other rivals include the Range Rover, which is excellent off-road and very upmarket inside. The new Land Rover Defender can be had for less money, even brand new, so you might consider one of those as well.

There are other large SUVs from German car makers: Mercedes’ own GLS is a more refined beast and there’s the Audi Q7, BMW X7 and Porsche Cayenne to consider. You’re spoiled for choice with a budget that will buy you a G-Class. 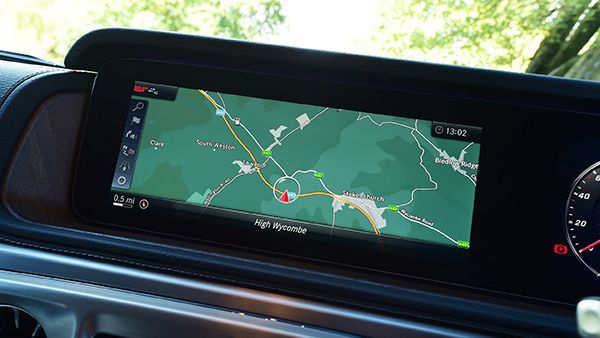 Underside
A Mercedes G-Class will easily survive an off-road session but check that there isn’t any damage on the underside of the car. This can point to aggressive use over rough terrain.

Spare wheel
The G-Class’s spare wheel has its own container on the back of the car. Check there’s a wheel inside!

Window seals
Our long-term test G-Class suffered from a high-pitched whistle on the motorway. It was a known issue with the window seal, so check this has been sorted.

Interior
The Mercedes G-Class has a huge interior with enough space for all the family, including the dog. It’s one of the best parts of the whole car because it’s also a really luxurious place in which to spend time. However, it only seats five. You’ll need to focus on some of the rivals if you’re looking for a seven-seater.

A pair of 12.3-inch digital displays take care of all your infotainment needs, with one in the centre and the other in place of traditional dials behind the steering wheel. They’re excellent – packed with features, easy to use and contemporary. You get Android Auto and Apple CarPlay as well.

There are some differences between the diesel and AMG G-Class inside, because the latter has sports seats and other AMG touches to differentiate it. Yet both versions are very upmarket and you won’t feel short-changed. 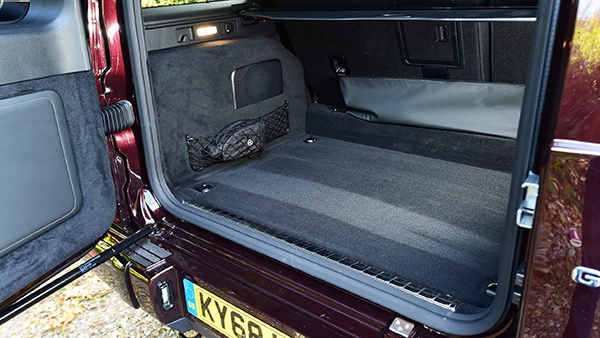 Running costs
If running costs are important the only choice is the G350d, because its diesel engine will return 25mpg on average. Yet the slab-sided G-Class isn’t efficient even in this form because it’s just not very aerodynamic – and it weighs rather a lot.

The G-Class’s weight means that things such as tyres and brakes will wear out regularly, but this is also the case with any other large premium SUV.

The AMG G63’s fuel economy averages 18mpg, but when we ran one as a long-termer we found that if you spend much time on the throttle the fuel consumption can easily drop to the low teens. Yet if you are spending £100,000 or more on a used G-Class, running costs aren’t likely to be high on your list of concerns.

Recalls
As yet, there aren’t any recalls for the current Mercedes G-Class, and since it’s a relatively new car, you’re likely to be buying an approved used model, which will have been checked over by a dealer for any faults.

Driver Power owner satisfaction
The G-Class is a small seller so it doesn’t appear on our Driver Power customer satisfaction surveys, but Mercedes itself does – it came in a rather dismal 28th out of 30 manufacturers. It was just behind BMW and Land Rover in our poll, though, so these big German car makers have some way to go when it comes to owner satisfaction.