The preferred mode of transport for the world’s wealthy, the Mercedes-Benz G-Class is more than just a status symbol. Yes, it is deeply impressive to look at, offers a sumptuous cabin, and carries a hefty price tag but, underneath, it’s a seriously good off-roader. But with hoards of monied buyers flocking to their local Benz dealerships to buy one, it’s difficult to imagine how the luxury carmaker is fulfilling the demand for its iconic SUV. 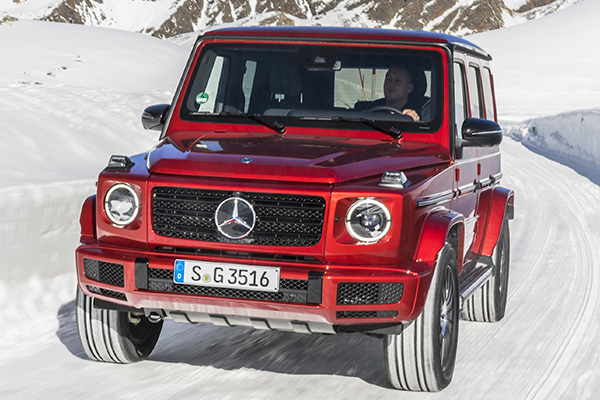 Well, according to the latest report from MBPassion Blog, the Stuttgart-based brand has placed an order freeze on the G-Wagon. The decision was implemented earlier this month on January 17 and excludes existing orders confirmed up to and on January 16.

The exact reason for the order freeze has not been specified, but it could very well be linked to the long waiting lists currently plaguing the G-Class. Delivery times are now stretching back as far back as the fourth quarter of 2024. Here in the US, prospective owners of all V8-powered Mercedes-Benz models were sorely disappointed when the brand announced that several eight-cylinder vehicles would not return for the 2022 model year. This affected G500 and AMGmodels, too.

This doesn’t mean the G-Wagon is nearing the end of its life – far from it, in fact. An all-electric EQG derivative is expected to arrive in 2025 and, while it has a few differentiating features, it retains the signature boxy, upright stance that makes it such a style icon. Despite the futuristic embellishments, it’s underpinned by the same tough platform that gives the off-roader its rock-climbing prowess. A ladder frame with independent front suspension and a solid rear axle will continue the model’s fine tradition of traversing mountains long after gas-powered cars are gone.

But until then, the future of the G-Class is safe – despite the freeze order. CarBuzz recently shared spy shots of the upcoming G-Class facelift. While it’s difficult to disguise a shape as distinctive as this, Mercedes has hidden parts of the bodywork where changes have likely taken place.

Expect minor changes on the exterior – Mercedes is smart enough to know they shouldn’t mess with an icon – but the interior will definitely see revisions. Most likely, a thorough updating of the infotainment system will take place, to mirror the systems used in the brand’s more contemporary offerings. Mercedes-Benz is yet to comment on the freeze order, although we’re convinced it’s a temporary halt to, perhaps, catch up with already-high demand.