Regardless if you’re into off-roaders or not, chances are that the G-Wagen holds a special place in your heart. After all, what’s not to love about a vehicle that can take you to a fancy restaurant through the woods, and can also be had as an AMG, right? 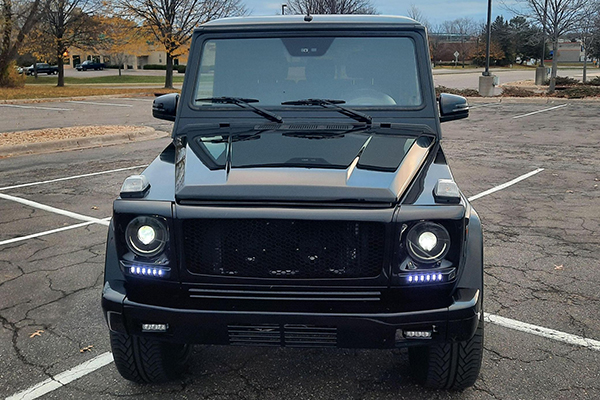 It may literally cost a small fortune to get the version developed in Affalterbach, so the owner of this 2002 G 500 decided to turn it into an AMG, with a manual twist. It uses the 6.0-liter V8 engine from a 2006 Cadillac CTS-V, rated at 400 hp and 395 lb-ft (535 Nm) of torque back then, complete with the Tremec six-speed stick shift. 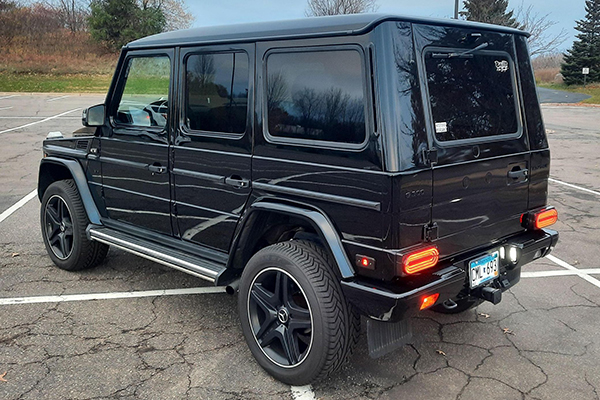 The visible paint chips and scratches, upholstery wear, and some rust means that the future owner, because the vehicle is listed for grabs on Cars&bids, with the auction ending on December 1, will have to apply some much needed TLC to it. They will need to change the engine oil too, and get used to looking at an Android phone running Torque Pro, behind the new steering wheel, instead of the normal instrument cluster that was scrapped.

A Bose audio system, hooked up to a modern touchscreen display, will keep them entertained on the go, with the HVAC, heated seats, sunroof, and other such equipment, sprinkled with a nice V8 burble, contributing to the ambiance.

So, does it look like your next daily AMG that’s not an AMG, and more importantly, how much do you think it will fetch? At the time of writing, the highest bid was approaching $16,000.