Mercedes-Benz G-Class has just become an alberije. What does that actually mean? Several artisans from Mexico have painted it centimeter by centimeter by hand. The iconic offroader is now a colorful work of art. 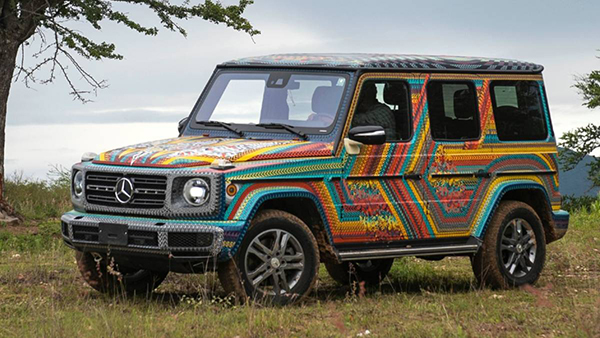 The Mercedes-Benz G-Class Alberije will be on display in the company’s museum in Stuttgart, Germany. But before shipping it to Europe, the South Americans will tour Mexico. 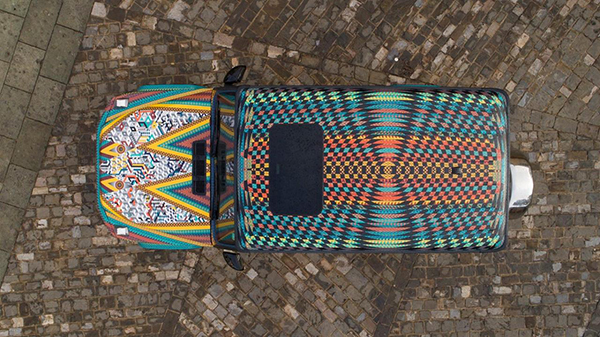 Following the art work, the G-Class star will go on a 10-city tour across the country from the 18th to the 21st of November. Jacob and Maria Angeles decorated the car with mystical Zapotec mythological beings and pre-Hispanic patterns, specific to the Mexican culture, using acrylic paint. 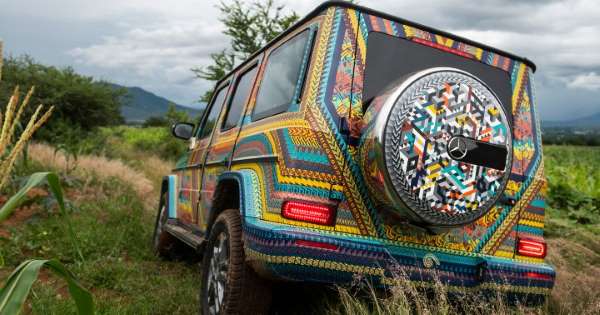 The inspiration of the artists was the three-pointed star logo, representing air, sea and land. Maria and Jacob related three Zapotec powers, represented by three beings, to the three dimensions: the eagle, the snake and the jaguar. They are considered mythical and protective animals in the local culture. 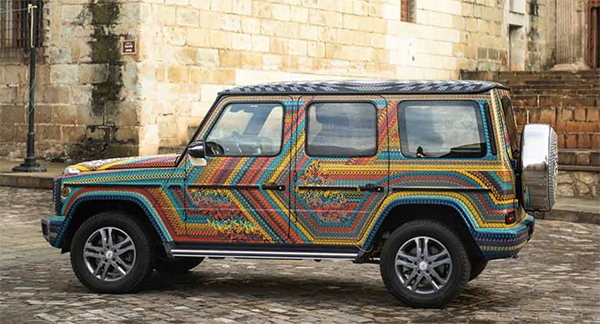 According to the traditional Mexican belief, each person at birth already has the spirit of an animal. That spirit comes to protect and guide them for their entire life. Thus the G-Class gets the spirit, the guidance and the protection of the three sacred animals. 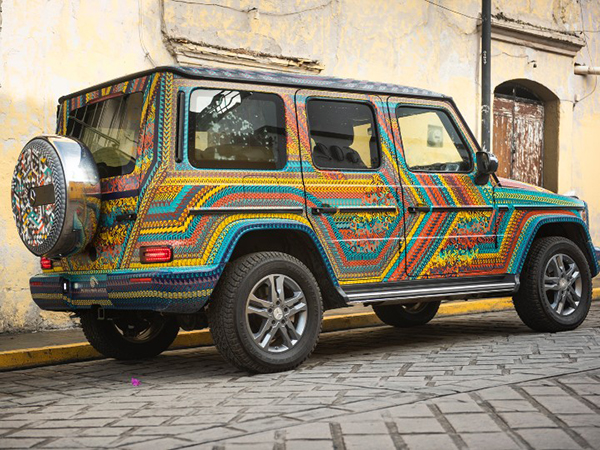 Six other artists gave a helping hand to create the Mercedes-Benz G-Class Alberije
Maria and Jacob received the help of other six artisans in order to elaborate the most colorful and symbolic G-Class. They needed 175 days to complete their work, complying with the tradition of the Mexican culture. It was quite a challenge to apply their expertise and talent on the German off-roader.

Typical colors of Oaxaca and Mexico, such as yellow, black and red, pre-Columbian graphics, a flag of the American indigenous peoples on the roof are elements that draw the attention.