George Russell, racing with the number 63, has just found the perfect vehicle for him: the Mercedes-AMG G 63, which turns the two of them into G Squared. 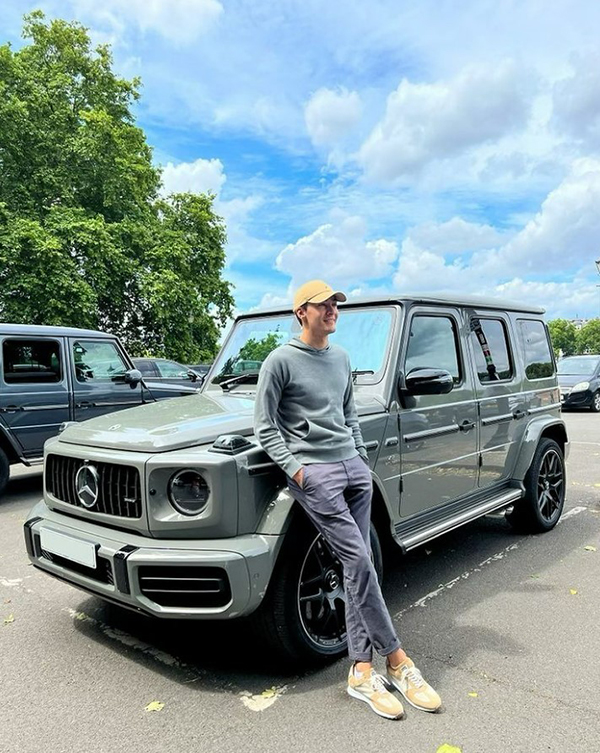 This past weekend there was no Formula One race, which gave all the drivers some time to set back and relax. For the Mercedes-AMG Petronas drivers, this meant casual drives with some powerful cars. Both opted for very popular cars, Lewis Hamilton taking his dog, Roscoe, out for a drive in his Shelby Cobra 427, while Russell opted for a less expensive, but still impressive car: the Mercedes-AMG G 63. That was right after having done the perfect warm-up for Silverstone, in his W13 racing car, at Goodwood.

He posted a picture of himself casually leaning against the rugged, luxurious off-roader, simply captioning it “G².” Since he also races with the number 63, we can’t think of a better duo than this.

The iconic Mercedes-AMG G-Wagen is a top hit among celebrities, both because of its rugged, imposing design, but also its performance. The legendary G 63 comes with a 4.0-liter twin-turbocharged V8 engine under the hood that sends 577 horsepower (585 ps) and 627 lb-ft (850 Nm) of torque to all wheels via a nine-speed automatic transmission.

The Mercedes-AMG G 63 4×4 Squared is to receive a new iteration, which Mercedes-Benz calls “the most G-Class ever.” However, the one Russell posed with is from the current generation. This isn’t the first time we’ve seen Russell with a Mercedes, though. For one of his most recent collaborations, the British driver had a Mercedes-Benz 190E Cosworth as a prop for the photoshoots.