The current Mercedes-Benz G-Class (W463) was introduced in January 2018 and as its third-year anniversary approaches, two camouflaged prototypes of the AMG variant were caught testing on public roads by our spy photographers. 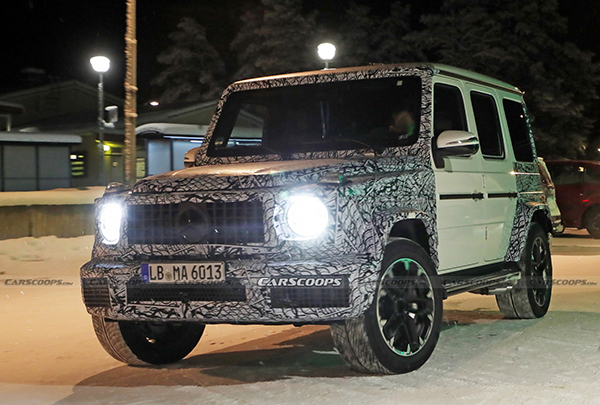 Judging from the side-mounted exhaust pipes and the wide body kit, this must be the performance flagship of the range – the Mercedes-AMG G63. While camouflage is covering most of the body panels, leaving only the doors exposed, design changes appear to be minimal with the G-Class retaining its signature boxy shape. 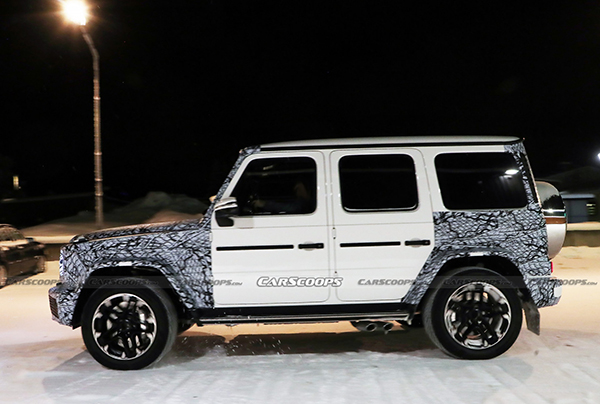 Inside, we should expect the latest version of the MBUX infotainment, Mercedes’ new steering wheel design, new trim options, and possibly more ADAS systems in order to keep up with the competition in the luxury segment. However, the fact that the dashboard on the prototypes was covered, could mean that Mercedes is preparing more significant changes.

In terms of powertrains, Mercedes will keep updating their current lineup for a few more years and as long as they can comply with emission regulations in certain markets. The prototypes didn’t have any hybrid stickers, meaning that the G63 will likely remain non-electrified. The current model is fitted with the twin-turbo 4.0-liter V8 engine, producing 577 hp (430 kW / 585 PS) and 627lb-ft (850 Nm) of torque, mated to a 9-speed automatic transmission. 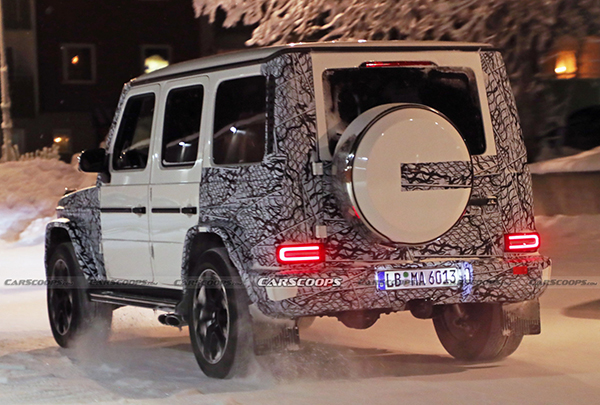 The facelift of the G-Wagen could come together with the production version of the fully electric EQG concept that debuted last September. This one will retain the off-road credentials of the ICE-powered G-Class since it will be based on the same ladder frame. Mercedes has confirmed that the battery will be integrated within the frame for a low center of gravity while four individually controllable electric motors will provide the EQG with “enormous pulling power”.

The debut of the facelifted G-Wagen is expected in late 2022 or early 2023, marking four years after the introduction of the current model. Prior to that, we should expect the debut of the off-road-focused Mercedes-AMG G-Class 4×4² variant which has been spied several times in the past year featuring portal axles, massive ground clearance, and chunkier tires.